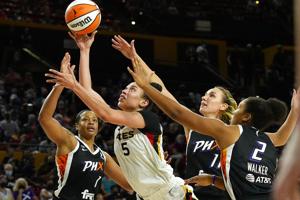 Season ticket packages start as low as $10 per ticket ($180 for the season) for the 18-game home schedule at Michelob Ultra Arena at the Mandalay Bay. Season ticket members also receive free game day parking, an exclusive member gift, invitations to team events and much more.

More details on season tickets will be available at LasVegasAces.com/membership.

Aces single-game and group tickets will be available for purchase at a later date. The home schedule begins Sunday, May 8 vs. the Seattle Storm.