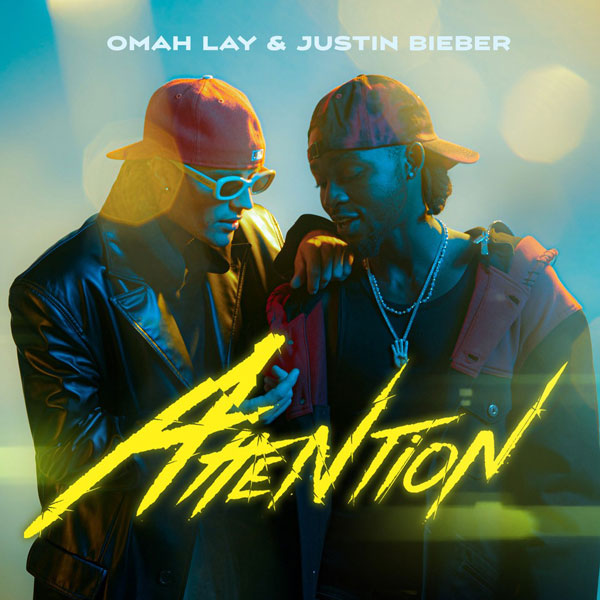 Omah Lay and Justin Bieber Team Up on ‘Attention’

Justin Bieber comes through with another global smash.

After scoring a hit with WizKid on “Essence,” the pop superstar reconnects with Nigerian newcomer Omah Lay on their Afro-fusion jam “Attention.” Omah brings Bieber into his vibrant world on the laidback groove, with its seductive synths and gentle drums.

They bring the sensual song to life in the Colin Tilley-directed video, which finds them catching a vibe under the glow of a bonfire party.

“Attention” follows “Free My Mind” and arrives ahead of Omah’s debut album Boy Alone, due this April. On March 20, the 24-year-old singer will embark on his “Boy Alone” world tour.

Bieber is currently on his “Justice World Tour,” which kicked off last month.