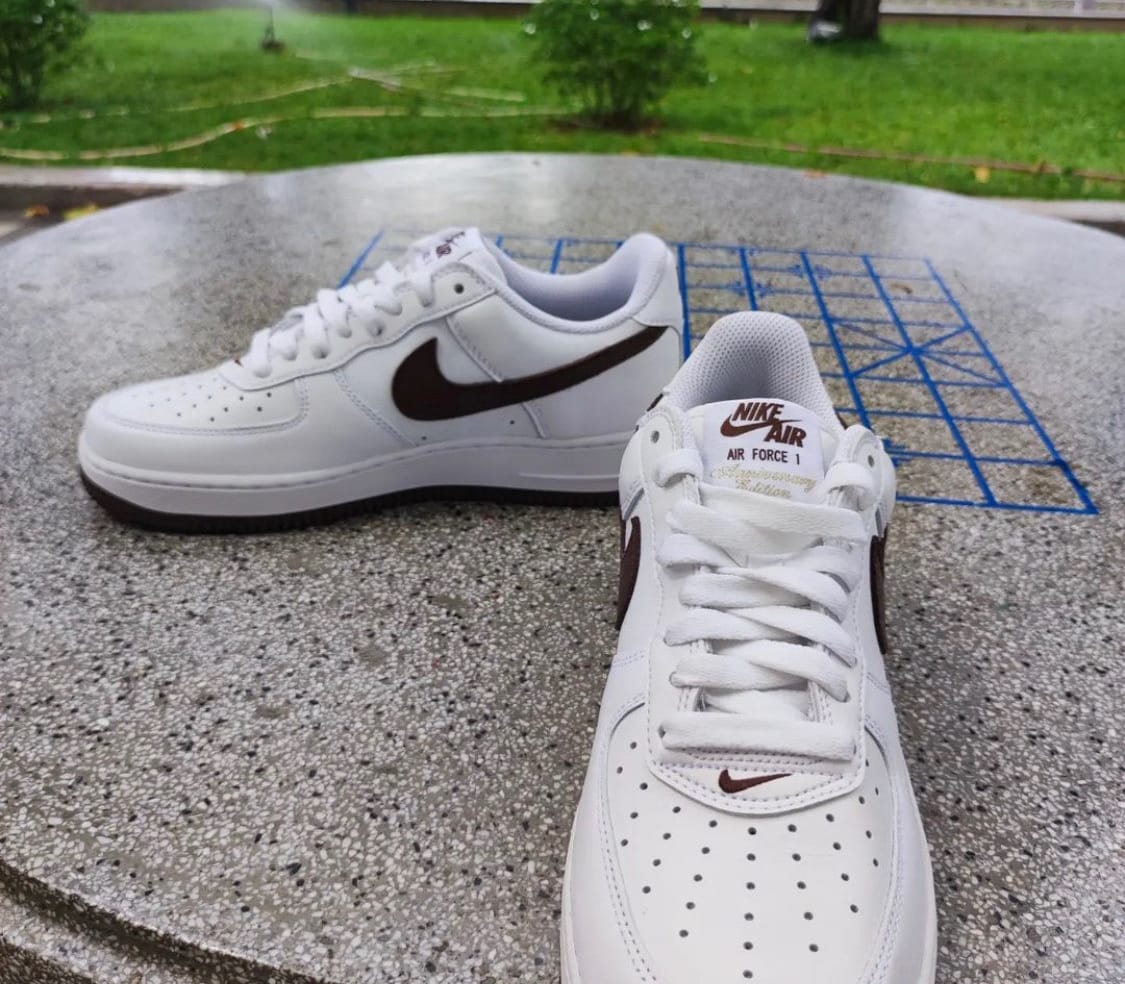 One of Nike’s most important sneakers, the Air Force 1, celebrates its 40th anniversary this year, and today we’re getting our first preview of what’s planned for the milestone.

Pictured here courtesy of leaker @chickenwop on Instagram is an “Anniversary Edition” Nike Air Force 1 Low in a simple two-tone white-and-brown color scheme. The original-styled colorway comes with special anniversary accoutrements like a graphic hangtag and branded toothbrush to help owners keep the pair fresh. Also unique to this pair is gold “Anniversary Edition” stitching on the tongue, although it’s unconfirmed what other details may be included due to the lack of additional images.

In 2015, Nike issued a similarly color-blocked Air Force 1 High “Color of the Month” pack to honor the retailers in Baltimore who helped keep the sneaker alive in the ‘80s.

There’s currently no release date information for this white/brown Nike Air Force 1 Low “Anniversary Edition,” but it’s expected to be one of many colorways arriving this year for the sneaker’s 40th anniversary.