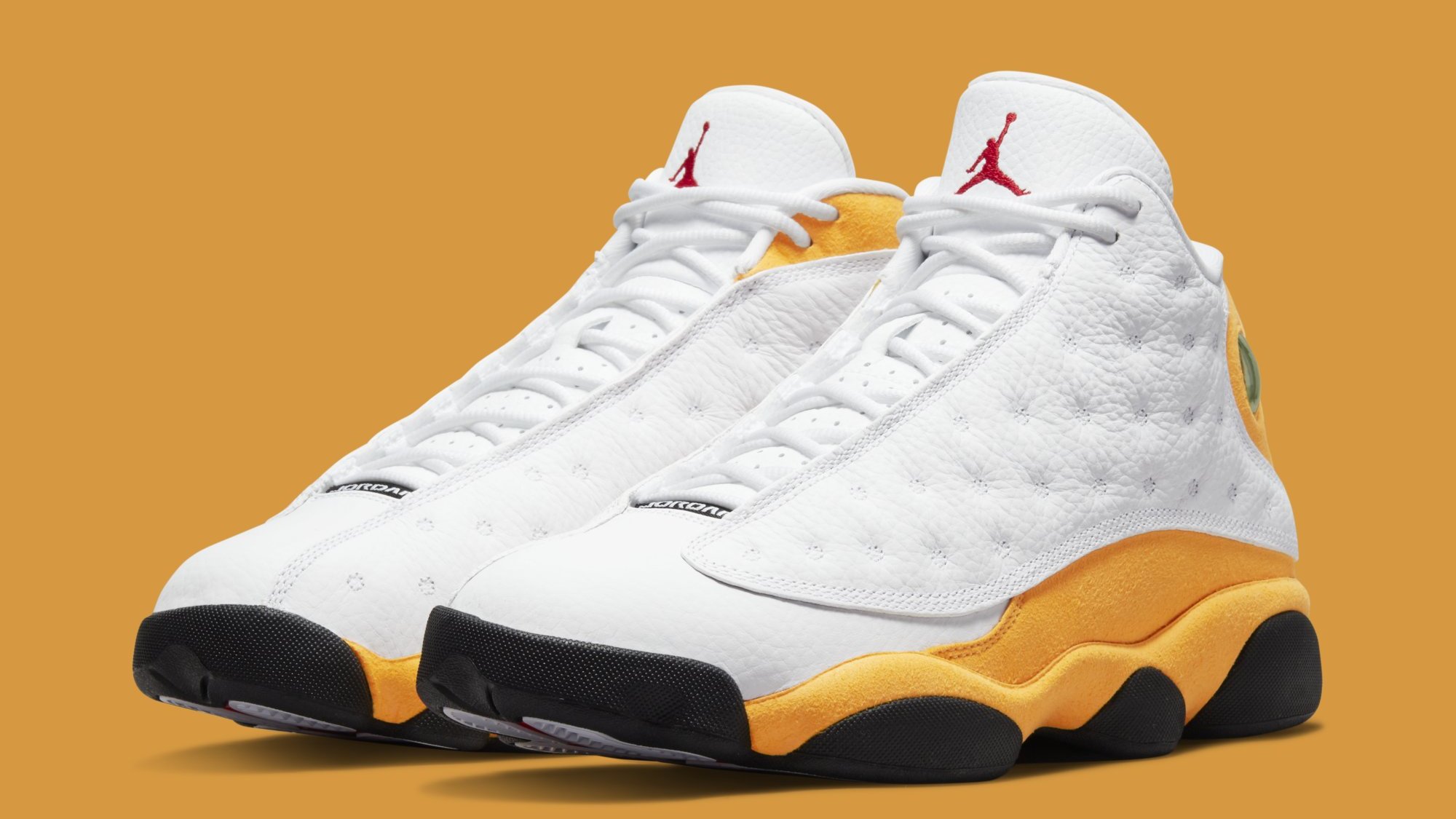 Looking ahead to next year’s slate of Air Jordan retro releases, zSneakerheadz confirms the debut of a new Air Jordan 13 colorway.

One of Michael Jordan’s final championship sneakers will find its way to retail in “Del Sol.” The upcoming retro is expected to utilize the blocking of the original “True Red” colorway, but swapping out the red suede hits for vibrant yellow. This is also a bit of a flip on Carmelo Anthony’s “Class of 2002” Jordan 13 from 2018, which was canceled due to what the brand called a “cosmetic flaw.” The flaw in question was red dye bleeding through the yellow suede, an error that they’ll hopefully avoid by the time this “Del Sol” pair hits shelves. The image above is only a mock-up, but depicts exactly what we should expect.

According to zSneakerheadz, the “Del Sol” Air Jordan 13 will release during Spring 2022.