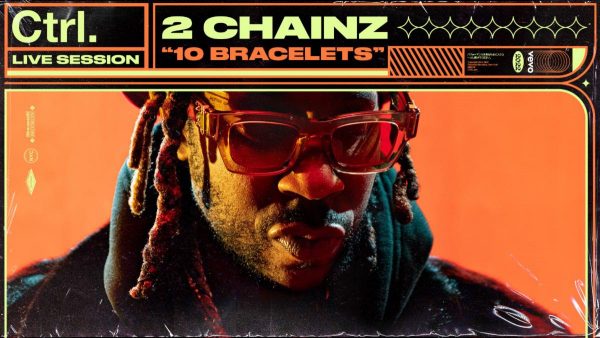 2 Chainz Performs “Bet It Back” and “10 Bracelets” for VEVO ‘Ctrl.’ Series

With a performance of “Bet It Back” and “10 Bracelets” airing today, Vevo, the world’s top music video network, announces 2 Chainz as the next artist in their Ctrl. series. The Ctrl series on Vevo spotlights the work of hard-hitting, cutting-edge musicians – both emerging and established – making an impression in today’s music industry. These musicians are deserving of recognition, and Vevo’s Ctrl puts a bright light on them. Rick Ross, Common, Rapsody, Fat Joe, Jeezy, Jadakiss, Fabolous, A$AP Ferg, and others performed before 2 Chainz.

2 Chainz’s latest album, Dope Don’t Sell Itself, has the songs “Bet It Back” and “10 Bracelets,” which he describes as his “final trap album.” Dope Don’t Sell Itself, his sixth studio album, featuring Lil Baby, Vevo’s 2021 Most Viewed Artist in the US, former Vevo Ctrl artists Moneybagg Yo, Swae Lee, and 42 Dugg, as well as Roddy Ricch, Lil Durk, and others.

Donning a red-orange bucket hat and a long, lush fur coat, 2 Chainz spits bars over Vevo’s Ctrl set, which is illuminated by multicolored lighting. The Vevo Ctrl sessions of “Bet It Back” and “10 Bracelets,” which are successful, self-assured, and unconcerned, are the ideal farewell to the trap scene for a seasoned favorite.