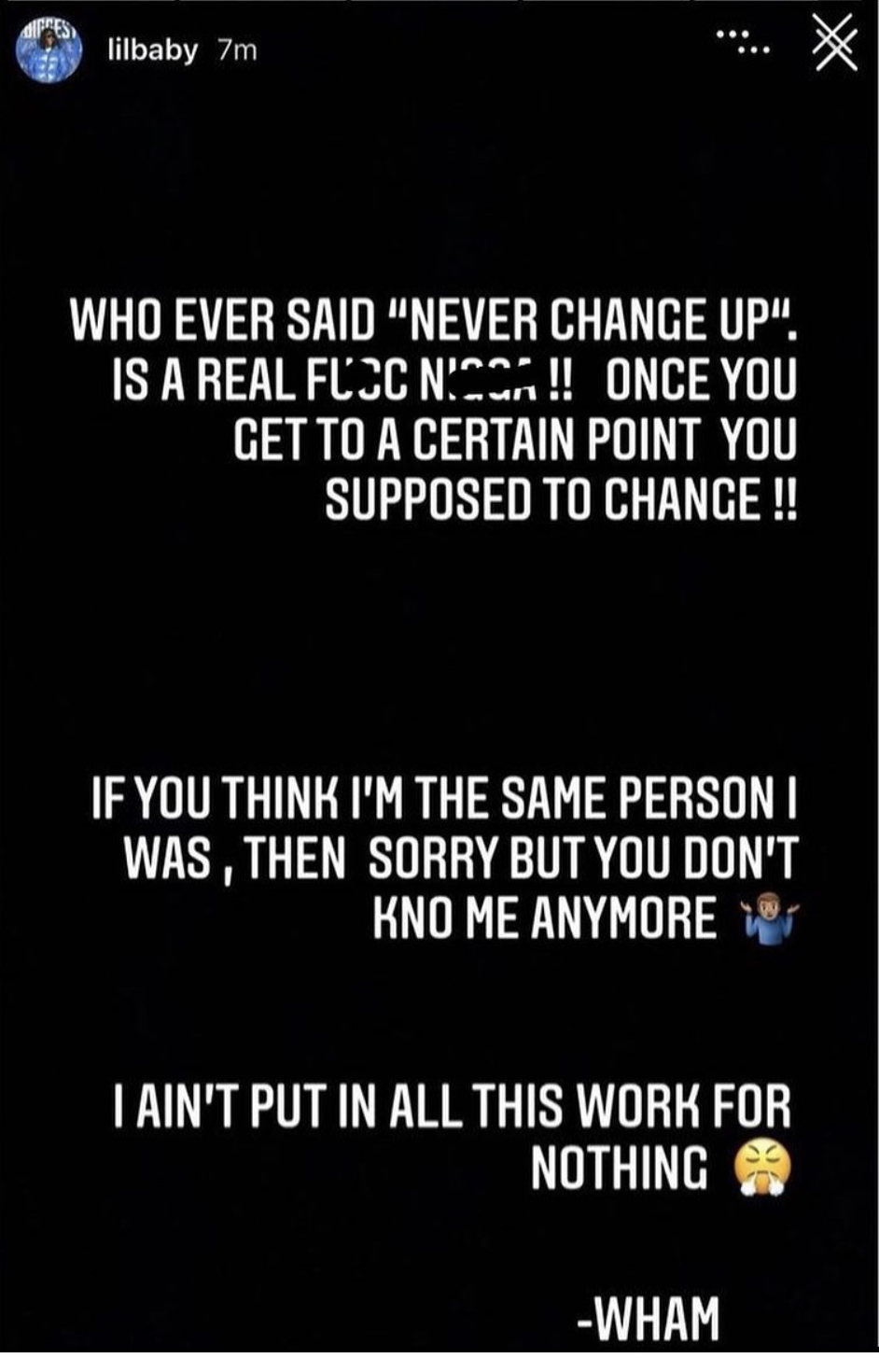 Over the weekend rapper, Lil Baby and girlfriend, social media Influencer, Jayda Cheaves were living their best Paris Fashion Week lives this serving high fashion looks while attending shows, out to dinner, and strolling down, what is considered one of the city’s most luxurious areas, Avenue Montaigne the on again off again couple has been turning heads in all weekend long. The ‘The Bigger Picture’ rapper was spotted wearing a fuzzy cheetah print fleece and matching shorts while shopping while Jayda has been showing off both her fashion and beauty options. And if that wasn’t enough for fans, Jayda and Baby broke the internet after they attended Balenciaga’s F/w 22′ Fashion Show. A picture posted to Cheaves’s account captured the two lovebirds wearing all-black Balenciaga ensembles. They were met with mixed reviews with fans and celebrity friends of the pair commenting on their flaming hot outfits. The ‘Do We Have A Problem’ rapper issued a statement on his IG stories that clapped back at naysayers that included him saying.  “Once you get to a certain point you suppose to change!!  If you think I’m The same Persons I was, Then Sorry But You don’t Kno Me anymore.”

Jayda and Baby have been dating on and off over the last couple of years. The pair also share a two-year-old son named Loyal Armani. Take a look at all their Paris Fashion looks below.

Clearly, they didn’t come to play any games, Let us know what you think and hit us up in the comments.