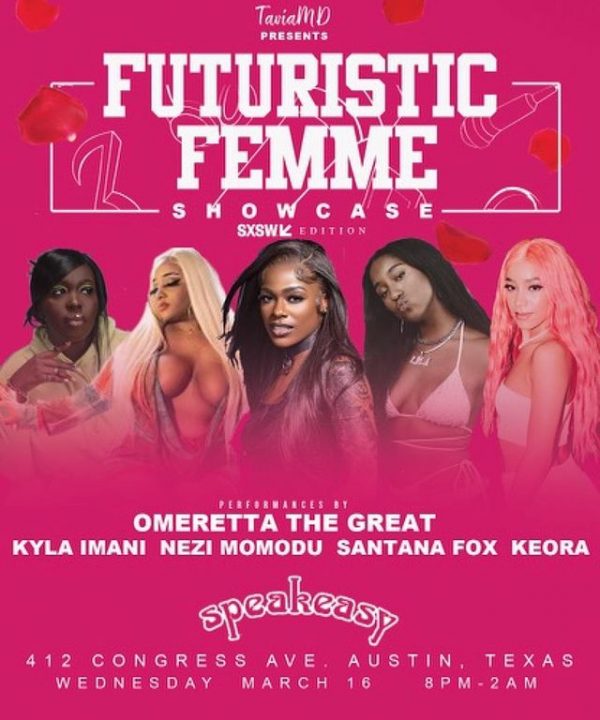 As far as New Artists On The Rise go, Kyla Imani, former Gen Z host for The Source Report and thesource.com, started 2022 with “BIG PLANS.” The name of her single holds true to her year as she will take the stage in Austin, Texas as an official SXSW 2022 artist. Kyla Imani will be on hand for the weekend of March 16 to March 20, infusing the city and festival with her brand of music, which is skyrocketing her into superstardom one stage at a time.

One of the stages Kyla Imani will be featured on is the Futuristic Femme Showcase, appearing alongside Omeretta The Great, Nezi Momodu, Santana Fox, and Keora.

Imani’s latest hard-hitting single, “BIG PLANS,” has caught the attention of Tunecore, who made her New Music Friday featured artist for 01/21/2022.

With over 1.5 million followers on TikTok and music as her brand’s signature, Kyla Imani is looking to bet on herself this year. Kyla has secured major sponsorship campaigns with companies like Adobe, L’Oreal, Ulta-Beauty, Grub Hub, Hype Bae, and Footlocker while also producing her music and working with media brands such as BeatStars (where she is co-creator of “The Hook” by Kyla Imani) and The Source Magazine, ushering in a fresh and new generation to the iconic media brand. This year, she has taken a leave of absence from the famed Tisch School of the Arts at NYU to pursue being a full-time content creator, songwriter, and music artist.

Last year was a significant artist development year for Kyla Imani, as she dropped several independent singles, including singles: “These Boys Ain’t It” and the “TrackStar: Let Him Hurt” remix, which became a TikTok anthem going viral and had young ladies all across the globe clapping back on the dating and heart-breaking games there dudes (or boys) play in a relationship — as she became a voice for the witty clap backs. Check and subscribe to her growing YouTube channel to hear more of her songs.

Keep up with Kyla Imani’s moves across SXSW and in the future on her Instagram.

Chris Brown Demands Apology After Being Accused of Rape