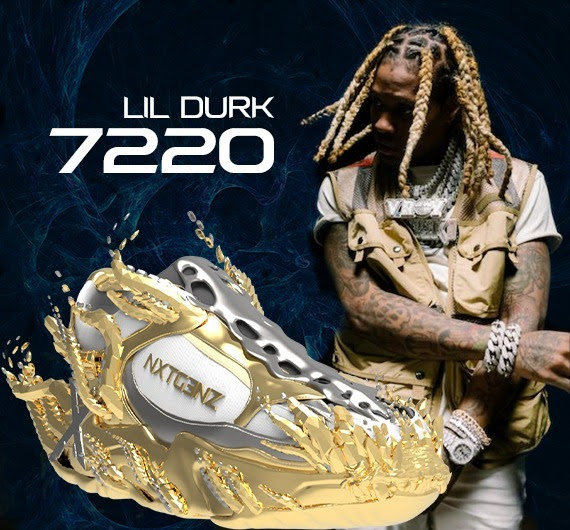 With his 7220 album set for release this Friday, Lil Durk has released the official tracklist. The 17-track album is set to feature Future, Gunna, Summer Walker, and Morgan Wallen.

Lil Durk has also entered the realm of cryptocurrencies after announcing the release of his ‘7220’ NXTG3NZ NFT digital shoe to his 12.8 million Instagram followers. Custom costumes and gaming skins for avatars are a $40 billion market that is expected to rise to $265.4 billion by 2026, allowing him to make his imprint in a profitable industry. The NXTG3NZ digital wearables, co-founded by Lil Durk, Satoshi Designs, and Nexus, is poised to transform the metaverse’s footwear sector.

The first release of the ‘7220’ shoe set will include 10,000 tokens, which can be used on Avatars in the digital sphere while also demonstrating physical ownership. Exclusive member perks come with owning a ‘7220’ NXTG3NZ NFT. The first is a raffle in which token holders will be chosen at random by Lil Durk on his Instagram Live for a chance to win one of ten real pairs of sneakers.

“The power has shifted to the artists and their fans with Blockchain tech. I want to not only be a successful rapper/entrepreneur but a powerhouse voice in the metaverse and NFT community, at the forefront of this movement,” says Lil Durk.