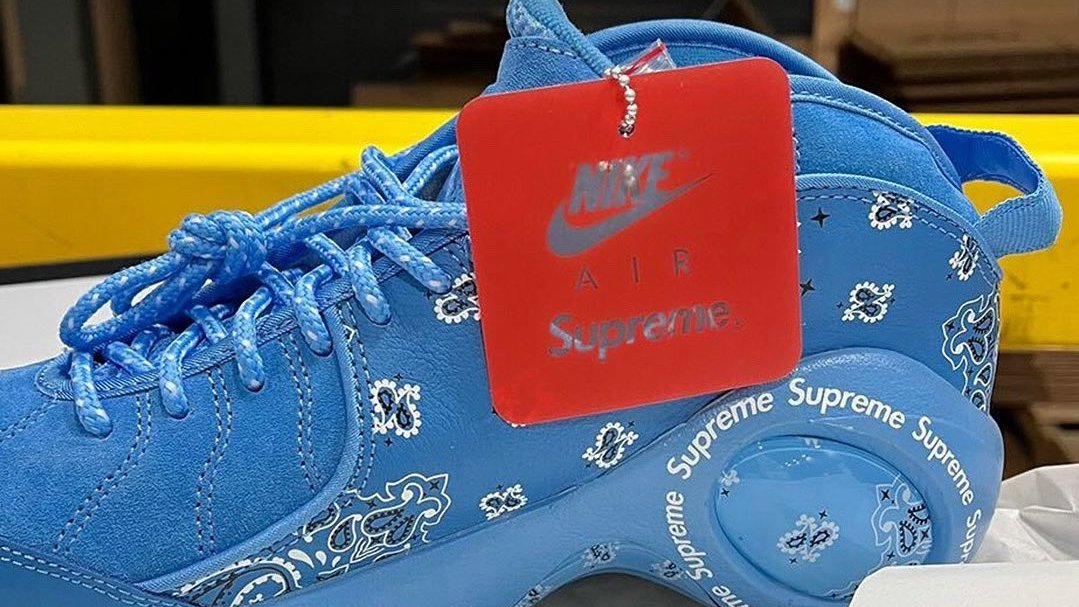 Fresh off of dropping a trio of Supreme x Nike Dunk Highs comes another collaborative release from the Swoosh and the streetwear brand.

Next up is this blue-based Supreme x Nike Air Zoom Flight 95 shown here, which is expected to be one of three colorways arriving this year according to @DropsbyJay on Twitter. The shoe dons a vibrant blue color scheme and is coupled with a matching bandana paisley print on the side panels as well as the shoe’s signature midsole pods, the latter of which is surrounded by Supreme branding on the medial side.

The trusted leaker account also revealed that the collab is expected to drop in two “Black/White” and “Hemp/White” makeups, but leaked imagery for the pairs has yet to surface. In addition, Nike is also reissuing the shoe’s original “Black Metallic” colorway soon after project images surfaced in January.

As of now, release details for the Supreme x Nike Air Zoom Flight 95 collab have not yet been announced by either of the parties involved but stay tuned to Sole Collector for updates.

Here’s our first look at another collaborative shoe from these two. Releasing in this Blue colorway pictured as well as Black/White and Hemp/White and retailing at $160.

Why Is New Balance So Popular Right Now? | The Complex Sneakers Podcast