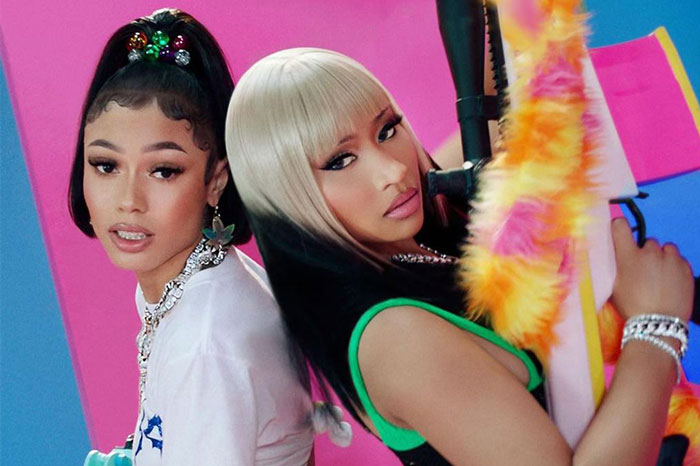 The 24-year-old rapper has announced that her new single “Blick Blick” featuring the rap queen will hit streaming services on Friday, March 18.

A video has also been shot and is expected to debut alongside the song. Coi shared the first photo from the visual featuring her and Nicki, who are both seen toting colorful guns.

Last month, Coi’s father Benzino revealed that his daughter recorded a song with Minaj for her upcoming debut album. “Her album’s gonna be dope. She got this song with Nicki Minaj that’s gonna be coming out that’s gonna be crazy,” he said during a Clubhouse chat.

But after Benzino’s announcement, Nicki seemingly shut down the suggestion that she and Coi had a song coming out. “I don’t have a collab coming with anyone,” she wrote in an Instagram Story, explaining that she is focused on her own music. “Onika mode. Love you.”

Nicki previously showed her support and offered some words of encouragement for the “No More Parties” rapper.

Erykah Badu and Miguel Announces for R&B Only Festival