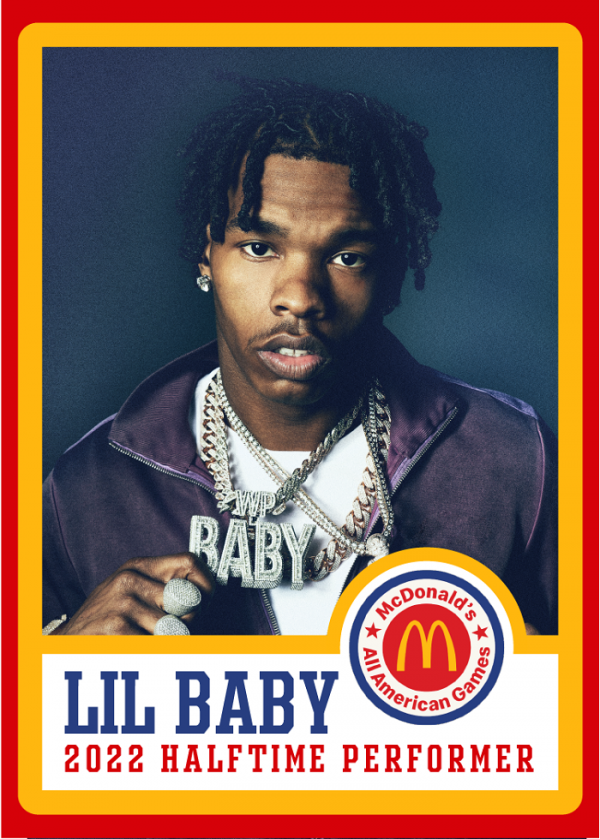 The McDonald’s All-American game is set to return to Chicago. McDonald’s has announced Lil Baby as this year’s halftime performance on March 29 at Chicago’s Wintrust Arena for this year’s annual showcase.

“I’m excited to perform the Halftime Show, especially because I’m a big basketball fan and have respect for these players, knowing what it’s like to go hard in the paint on your craft and chase your dreams to be the best,” said Lil Baby. “The McDonald’s All American Games are legit and I’m proud to be a part of it.”

Lil Baby will take the court during halftime of the Boys’ Game which begins at 8:30 p.m. CST.

The Games, which bring together 48 of the country’s most outstanding boys and girls high school seniors, celebrate their 45th anniversary this year.

Fans and players will be treated to a high-energy performance by the Grammy-nominated and multi-platinum performer, who has chart-topping tunes including “Drip Too Hard” and “Yes Indeed.” Ticket sales for the POWERADE® Jam Fest on March 28 and the McDonald’s All American Games on March 29 are now available at mcdaag.com and Ticketmaster.