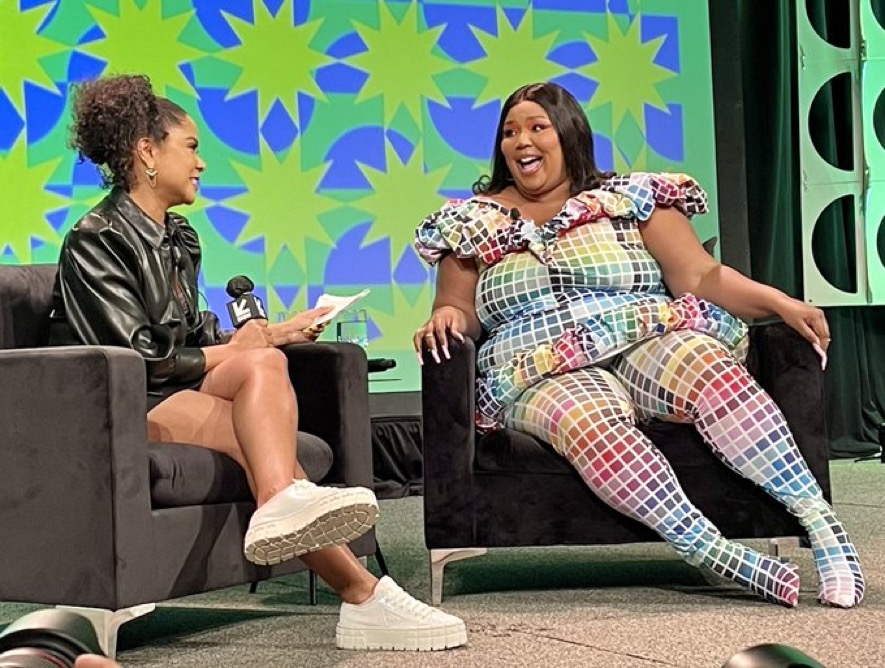 The Source |Lizzo Slams Texas Anti Trans Policies And Abortion Laws “Mind Your Business. Stay Out Of My Body.”

Lizzo was the keynote speaker at South By Southwest (SXSW),  Austin’s annual culture, tech, and music conference on Sunday night.  Her powerful message spoke of self-love as well as a message to Texas lawmakers. The “Truth Hurts” singer shared a clip of her interview with Radio Personality and entrepreneur Angela Yee. The caption reads: “Who is protecting us from lawmakers’ biases? Your personal beliefs shouldn’t be reflected in the laws that are supposed to protect ALL AMERICANS. We have politicized bodies for far too long in this country. It’s time to focus on the real issues and mind ya business. Thank u SBSW.” The short video shared the Grammy Award-winning artist saying, “I’m proud to rep Houston, but I’m not proud to rep Texas politics right now,” which garnered loud applause from the audience.

In late February, Gov. Abbott issued a directive to investigate families who seek gender-affirming care for trans kids and encouraged other Texans to report these families to child services for abuse allegations, under penalty of law, and on Friday, District Judge Amy Clark Meachum issued a temporary injunction preventing the state from enforcing Abbott’s directive. In  addition to her comments on the recent legislation that she says unfairly targets trans people, Lizzo also addressed the state’s abortion laws, which make it illegal to have an abortion as early as six weeks of gestation — or at the detection of a fetal heartbeat.”  We got a lotta other things y’all need to be handling instead of y’all being in people’s homes and telling them what to do with their bodies and being all up in their uteruses,” Lizzo said. “The abortion ban is atrocious as well. Mind your business. Stay out of my body.” See the video in its entirety below and let us know your thoughts.

Rihanna Says She’s Going to Be a ‘Psycho’ Mom