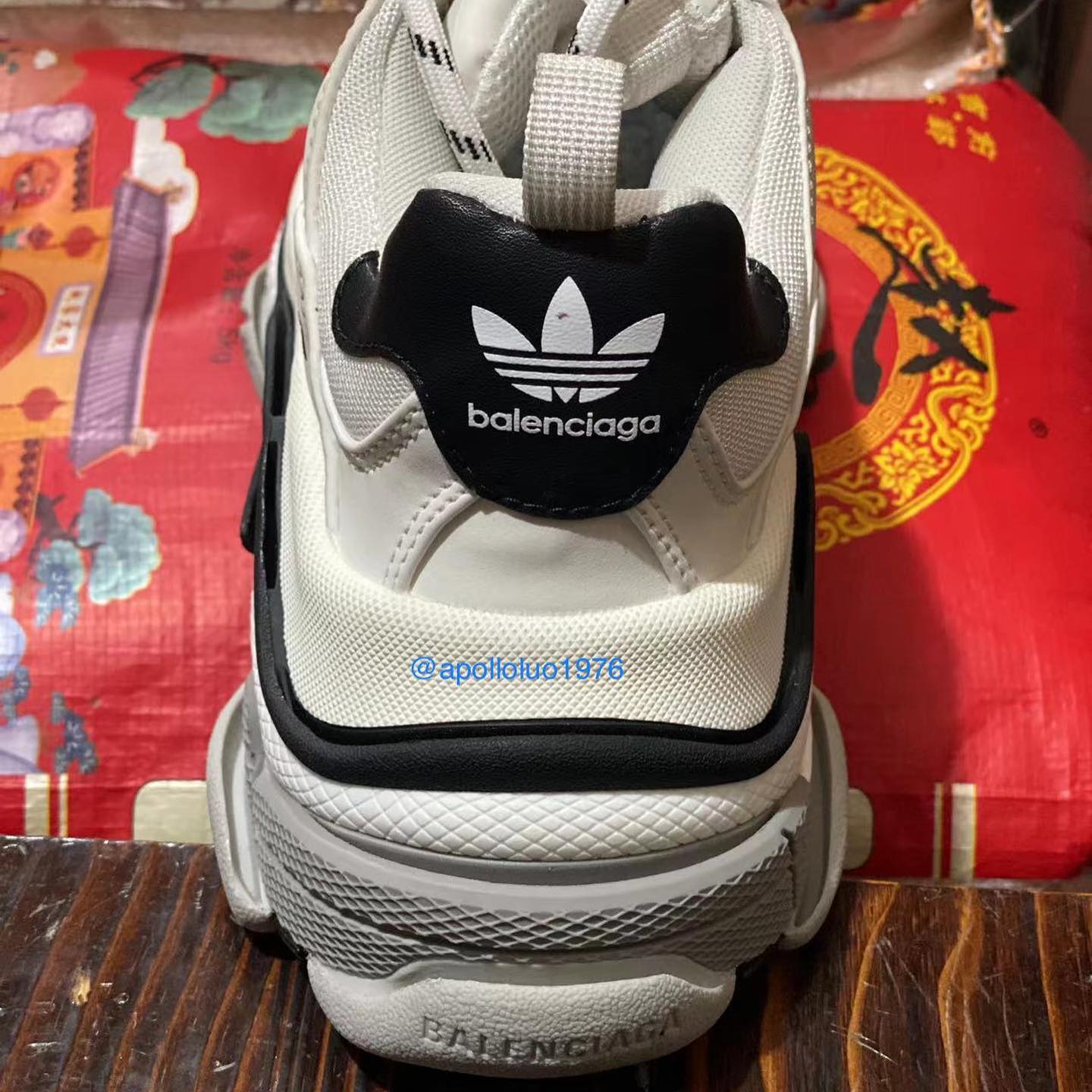 It’s no secret that high-end fashion brands have infiltrated the sportswear industry with collaborations like the Dior x Air Jordan 1 and the Prada x Adidas Forum hitting the market in recent years.

Continuing that trend is this previously unseen Balenciaga x Adidas collab courtesy of @Apolloluo1976 on Instagram. It’s not hard to see that the collab uses the Balenciaga Triple S model as its base but unlike prior releases of the shoe, Three Stripes overlay panels appear on the sides while co-branding is printed on the heel tab. The shoe dons a white-based color scheme and is offset with black accents throughout reminiscent of the Adidas Superstar.

This collaborative Balenciaga Triple S isn’t the only high-end collab from Adidas that’s expected to be arriving soon. Last month, Gucci revealed its upcoming apparel and sneaker collection with the Three Stripes.

As of now, Balenciaga and Adidas have yet to confirm that a sneaker project is in the works but check back soon to Sole Collector for new developments including an official word from the brands.