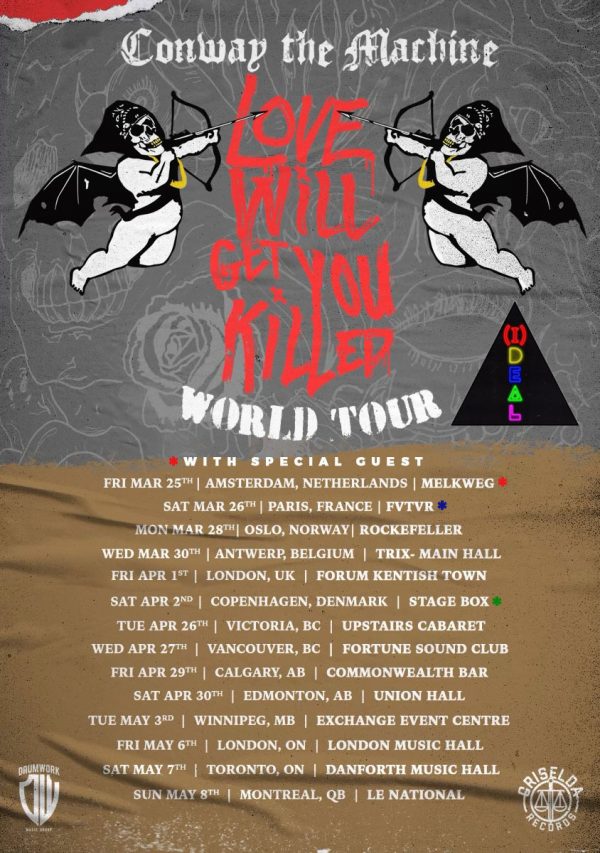 Since joining Hip Joint Creative’s talent roster, Midwest Hype frontman (I)deal has made great progress. (I)deal is preparing to release his highly awaited album “ScatterBrained” while on the road in the United States, opening for Conway The Machine in Chicago, LA, and Philadelphia.

East Coast and West Coast Ideal will join Conway The Machine as direct support for the “Love Will Get You Killed” World Tour after concluding the U.S. tour in the Midwest. Starting March 25th, (I)deal will tour with Conway The Machine in Amsterdam, Paris, Oslo, Belgium, London, and Copenhagen, among other cities.

The international tour announcement coincides with the release of (I)deal’s second album ScatterBrained, which includes contributions from the late Gift of Gab, Mick Jenkins, Benny The Butcher, and Snoop Dog’s artist October London. ScatterBrained will be released in the spring of 2022.

The Source |Lizzo Slams Texas Anti Trans Policies And Abortion Laws “Mind Your Business. Stay Out Of My Body.”