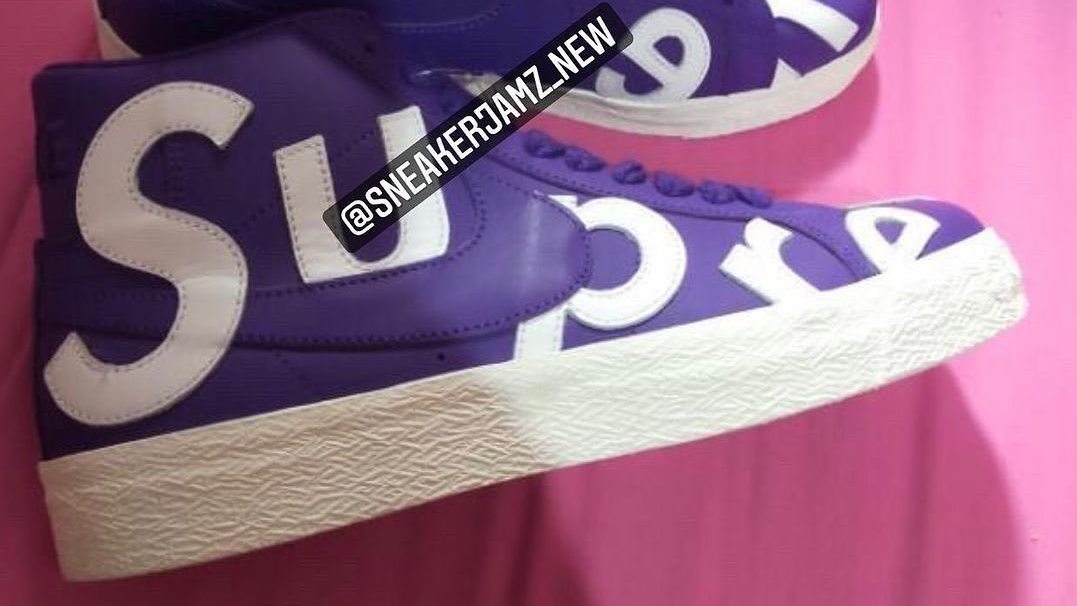 Hot on the heels of their trio of “By Any Means” SB Dunk Highs, it appears that the pairing between Supreme and Nike SB will continue as a new SB Blazer collab has surfaced today.

The latest round of leaked imagery comes courtesy of @Sneakerjamz_new on Instagram, revealing a sample version of the previously-unseen Supreme x Nike SB Blazer Mid. The shoe dons a predominantly purple makeup and is coupled with white “Supreme” lettering that’s wrapped around the lateral side of the upper and continues onto the toe box. The shoe also features a co-branded tongue tag and tonal white tooling.

Supreme has released several Nike SB Blazer collabs in past seasons, including the quilted pairs from 2006, which are the most notable looks of the group.

As of now, there aren’t any release details available for this unreleased Supreme x Nike SB Blazer Mid but we’ll keep you updated if anything changes.