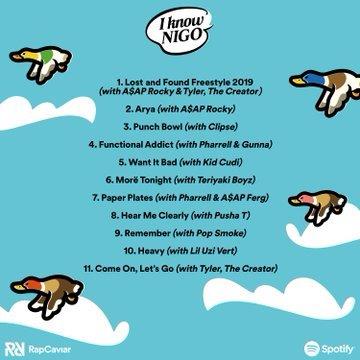 NIGO Drops the Tracklist for ‘I Know NIGO!’ Album

NIGO has released the tracklist for his forthcoming album I Know NIGO! The album is set for release on March 25. The tracklist features “Lost and Found Freestyle 2019,” “Heavy,” and “Functional Addict.” This is NIGO’s first album in over 20 years.

Ahead of the drop of the tracklist, NIGO collaborated with Pusha T for “Hear Me Clearly.” Nigo, a Japanese cultural and fashion star, has already released two critically lauded songs off the highly anticipated album: “Want It Bad” with Kid Cudi and “Arya” with A$AP Rocky.

You can listen to “Hear Me Clearly” below.