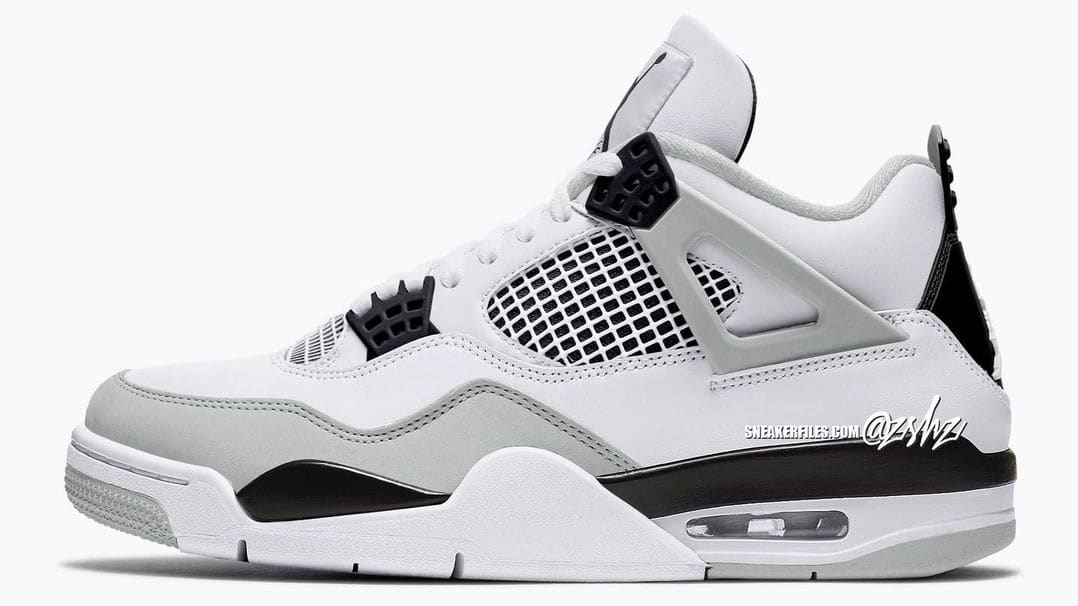 Looking ahead to what releases that Jordan Brand may have in the works for next year, reports suggest that a new take on an OG-styled Air Jordan 4 is due out in the summer.

According to Sneaker Files and @zSneakerheadz, the Air Jordan 4 “Military Black” colorway is set to release in Summer 2022. Given that we’re still months away before the pair is expected to hit shelves, images of the shoe have yet to leak, but the forthcoming pair is rumored to don color blocking identical to the OG “Military Blue” makeup but with blakc in place of the usual blue hue. The mock-up above shared by the leaker account shows the pair featuring a predominantly white leather upper combined with grey overlay panels and black hits on the eye stay, heel tab, and midsole.

As of now, release details for this “Military Black” Air Jordan 4 haven’t been confirmed by Jordan Brand but keep it locked to Sole Collector for updates in the months leading up to the drop.

UPDATE (03/24): Thanks to @Titos_kicks on Instagram, we now have a first look at the “Military Black” Air Jordan 4. According to @zSneakerheadz, the new colorway will hit shelves sometime in June, but an official date hasn’t been confirmed by Jordan Brand.