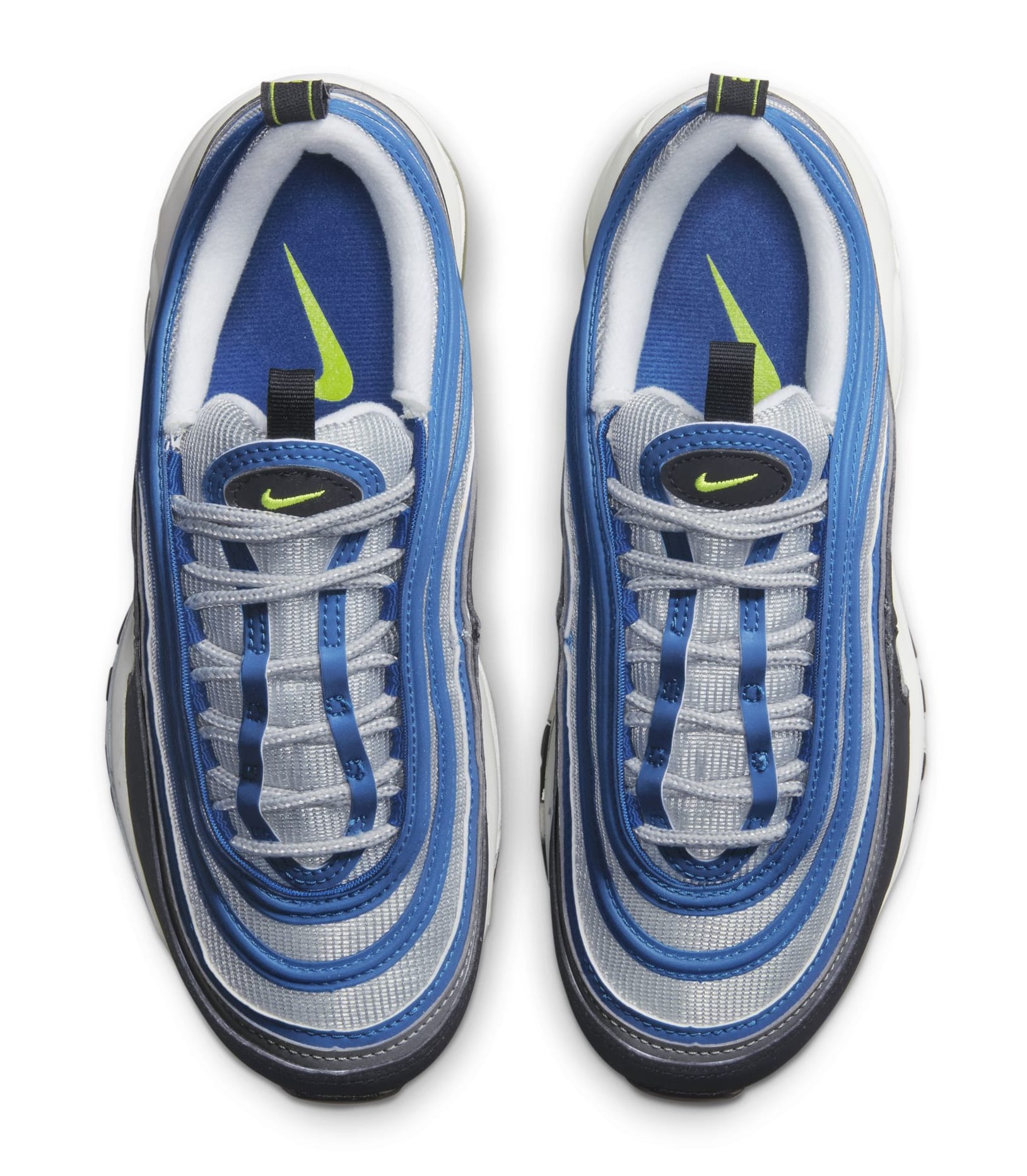 There are several classic Nike silhouettes that are celebrating an anniversary of some sort in 2022 and one of them is the Air Max 97, which will soon hit shelves in a new OG-inspired colorway.

Pictured here is an official look at an upcoming Air Max 97 release courtesy of US_11 on Twitter. Longtime fans of the model will appreciate this pair, combining the original “Neon” and “Atlantic Blue” color scheme on the upper. The top portion of the shoe dons a grey-based mesh upper that’s paired with blue piping while black suede is used for the mudguard. Tying both styles together are the neon accents on the mini Swoosh logos, heel tab, and within the midsole’s Air Max bubble.

Despite an early look from US_11 on Twitter, release details for this OG-inspired Air Max 97 have not yet been announced by the brand. Check back soon to Sole Collector for official updates.