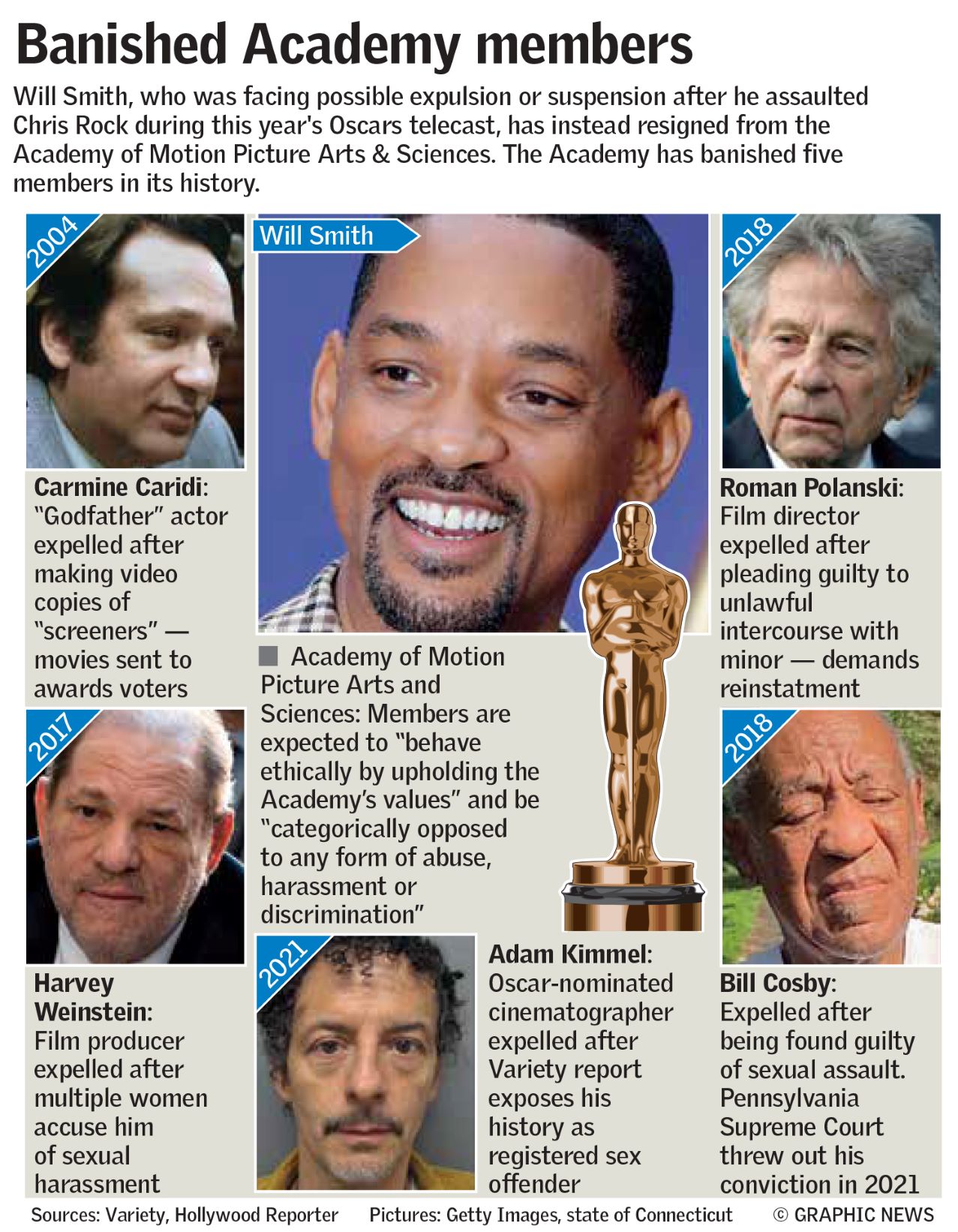 LOS ANGELES — Will Smith resigned Friday from the motion picture academy following his Oscars night slap of Chris Rock and said he would accept any further punishment the organization imposed.

A spokesperson for Smith issued a statement from the actor Friday afternoon.

“I will fully accept any and all consequences for my conduct. My actions at the 94th Academy Awards presentation were shocking, painful, and inexcusable,” Smith said in the statement.

Smith’s resignation came two days after the academy met to initiate disciplinary proceedings against Smith for violations against the group’s standards of conduct.

On Sunday, Smith strode from his front-row Dolby Theatre seat on to the stage and smacked Rock, who had made a joke at the expense of Smith’s wife, Jada Pinkett Smith.

Rock, who was about to present Oscar for best documentary, declined to file charges when asked by police.