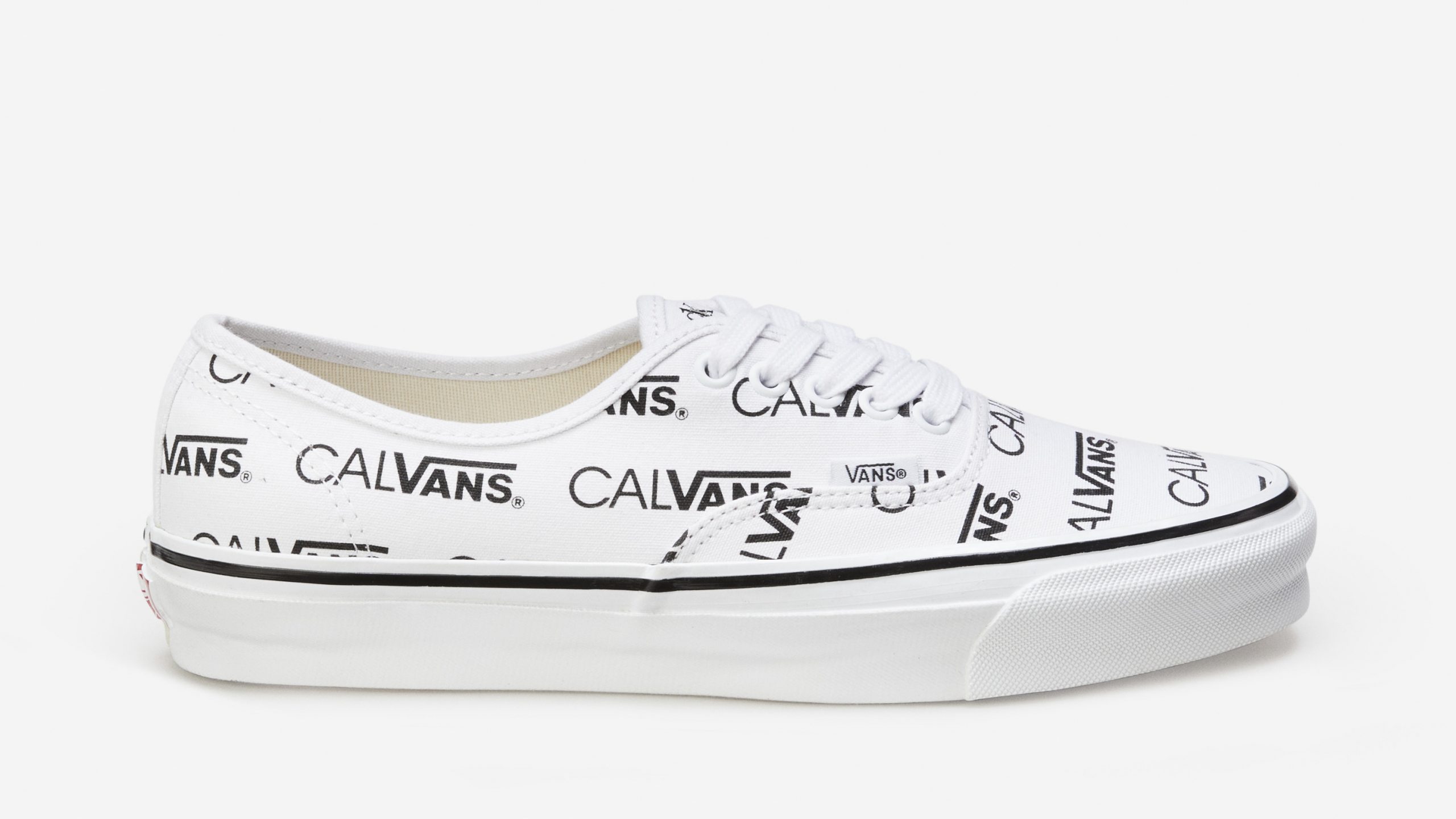 UK skate brand Palace is getting together with iconic fashion label Calvin Klein for an expansive collection this week which features a pair of skate sneakers.

The two brands called on a third partner, Vans, to round off the collab with a “Calvans” Authentic model. The shoes feature a white canvas upper with a repeating logo combining that of Calvin Klein and Vans. There doesn’t appear to be any outward Palace branding on the upper, but the pair is otherwise designed to compliment the rest of the collection.

Along with the sneakers, the Palace x Calvin Klein collection includes underwear, denim, T-shirts, and fleece. It also introduces two firsts: Palace’s first-ever release of women’s underwear and a remake of CK One, the first time Calvin Klein has reformulated its long-running fragrance.