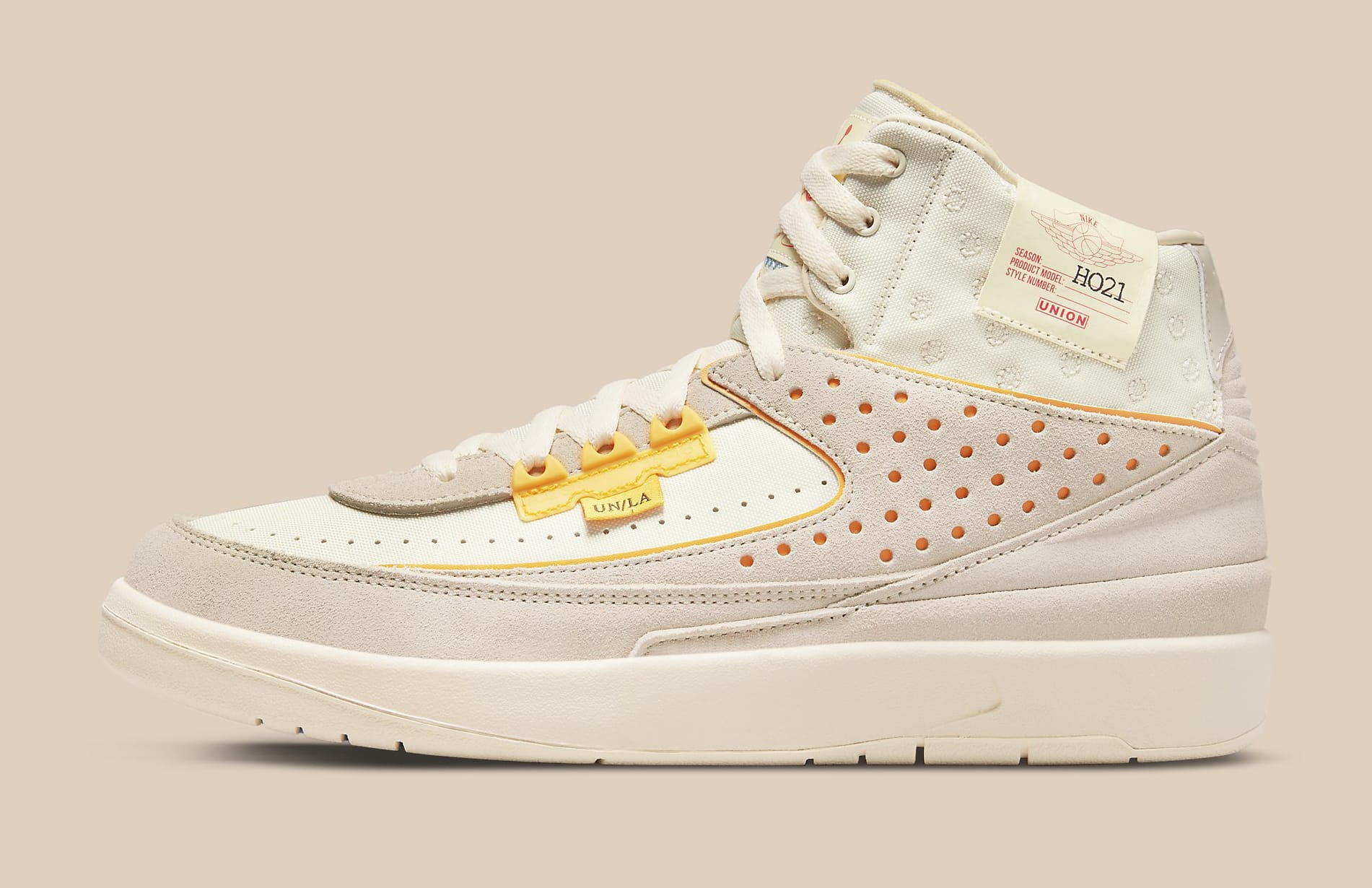 It appears that Off-White isn’t the only brand that has an Air Jordan 2 collaboration dropping soon.

According to Py_rates, two iterations of the Union x Air Jordan 2 will hit shelves early next year. While early images of the shoes have yet to surface, the leaker did share a mock-up depiction showing the collab in “Grey Fog/Siren Red-Lt Smoke Grey” and “Rattan/Siren Red-Beach-Orange Peel” looks.

First reported by trusted leaker @_PO2345 on Twitter, the forthcoming Union x Air Jordan 2s were initially supposed to be the sequel to the duo’s vintage-inspired Air Jordan 1 collabs from Nov. 2018 instead of the four Union x Jordan 4 styles that were released in the last two years.

As of now, release details for the Union x Air Jordan 2s have yet to be announced by both parties, but stay tuned to Sole Collector for new developments including a first look in the months ahead.

UPDATE (11/05/21): Just a week after leaked info of a Union x Air Jordan 2 made the rounds, official images of one of the collection’s colorways have arrived thanks to @zsneakerheadz. Dubbed “Grey Fog,” it’s worth mentioning that this style doesn’t appear to match up with either of the previously leaked color descriptions, which also appear below. While the exact details remain unconfirmed, it looks like fans can expect this “Grey Fog” pair to arrive alongside at least one additional Union x Air Jordan 2 in 2022. Take a closer look below.

UPDATE (04/06/22): Official images of the “Rattan” Union x Air Jordan 2 have emerged. Per J23app on Twitter, this pair and the “Grey Fog” colorway will be released on April 15 but official details have not yet been announced by the brand.