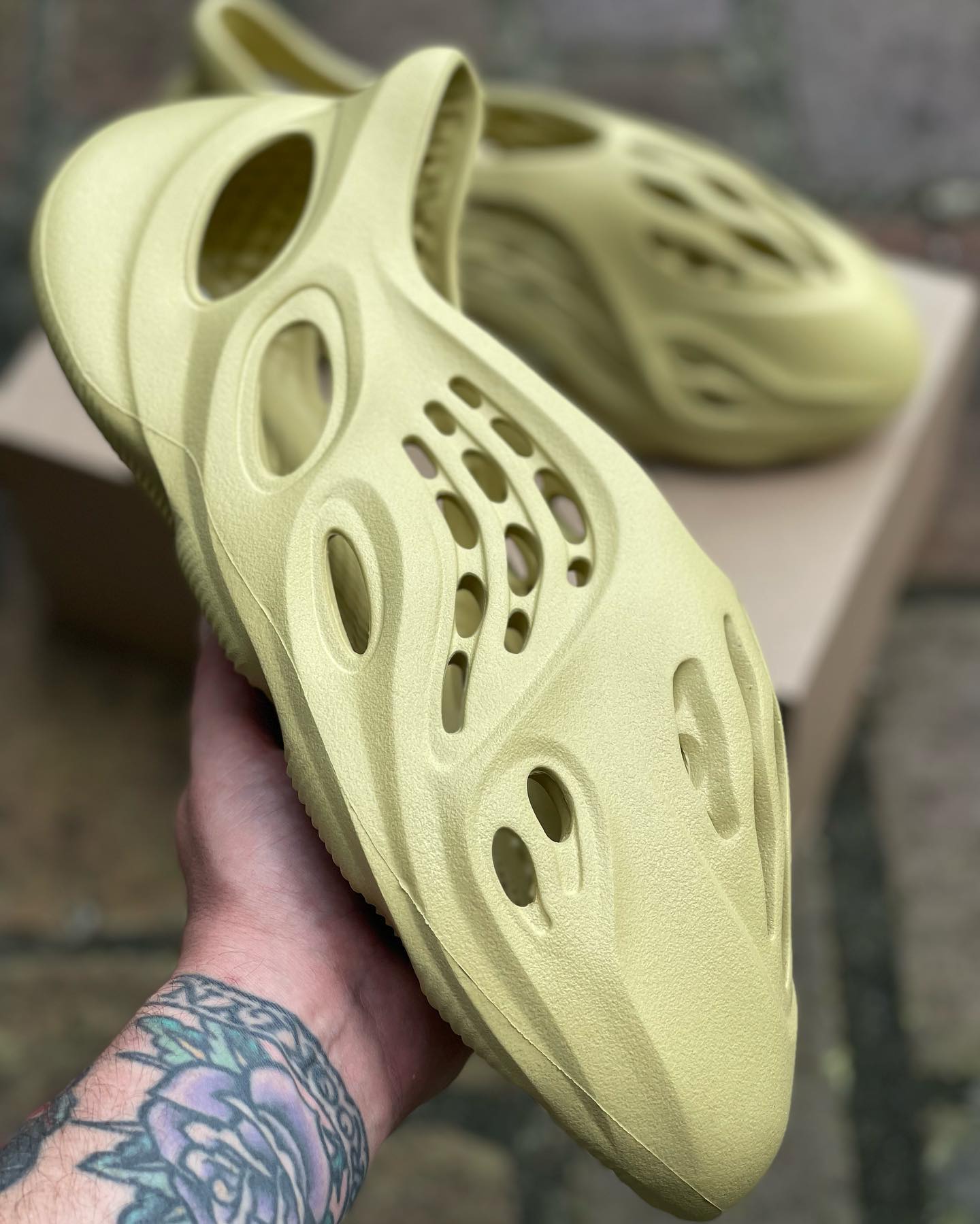 Pictured here is the “Sulfur” Yeezy Foam Runner courtesy of @Teddyssole on Instagram. Similar to the “Sulfur” makeup that was featured on the Yeezy 450, Yeezy Boost 350 V2, or the Yeezy Knit Runner, this new Yeezy foam clog dons an all-yellow hue throughout the upper that reaches down to the footbed and outsole.

In addition to the aforementioned “Sulfur” makeup, a new “Navy” colorway of the Yeezy foam clog is also reportedly dropping this year.

According to @Yeezyinfluence on Instagram, the “Sulfur” Yeezy Foam Runner will be released in full-family sizing on April 22 at Adidas.com/Yeezy and at select Adidas Yeezy stockists. Although the purported details were shared, the release has not yet been confirmed by the Three Stripes.