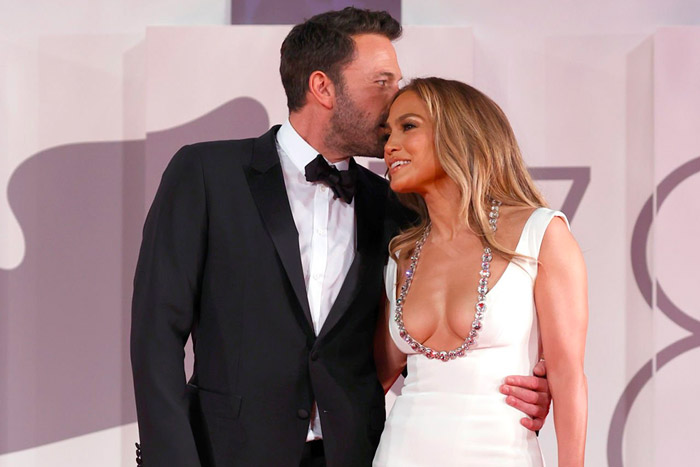 Jennifer Lopez and Ben Affleck may be ready to say I do.

There are reports that the couple is engaged after J.Lo was seen rocking a diamond ring on her finger. Earlier this week, the singer and her daughter Emme went furniture shopping for the family’s new $55 million home. In photos, obtained by TMZ, a sparkly ring can be seen on her left ring finger.

Adding to the speculation, the Marry Me actress seemed to notice that photos were being taken of her and she appeared to turn the ring to hide the diamond while leaving the store.

The rumored engagement comes after the couple put in a $55 million offer on a 10-bedroom, 17-bathroom estate in Bel-Air. They are planning to move their families in together.

This wouldn’t be their first engagement. The pair started dating in 2002 after meeting on set of Gigli. They were planning to get married, but eventually broke up before reuniting last year. J.Lo was previously engaged to Alex Rodriguez, who she dated for four years.

J.Lo recently opened up about her rekindled romance with the Good Will Hunting star. “I feel so lucky and happy and proud to be with him,” she told PEOPLE. “It’s a beautiful love story that we got a second chance.”