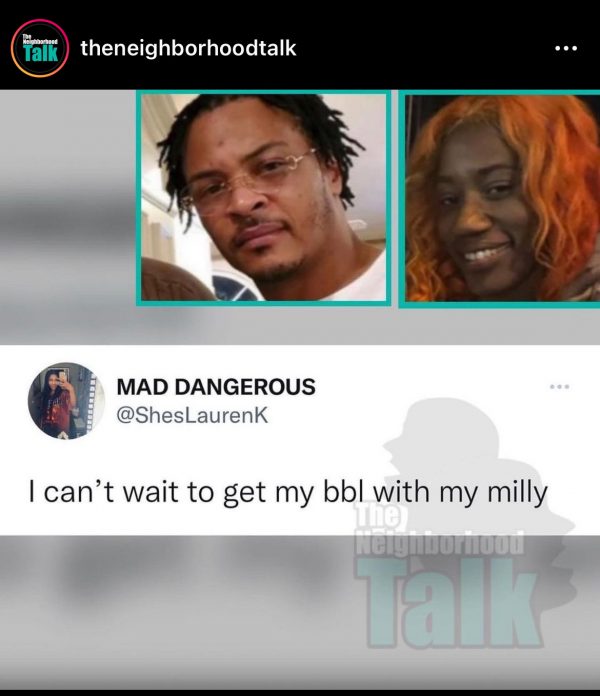 T.I. Pays Comedian After She Proved He Disrespected Her First

Could T.I. have made the most expensive heckle in history? While he may have crowned himself the King of the South, the 41-year-old Atlanta native may not have been exemplifying King behavior in a comedy club earlier this week after the comedian Lauren Knight exposed T.I. for disrespecting her during her set.

In a clip that surfaced on the internet earlier this week, T.I. can be seen closely approaching the comedian on stage following a joke she made regarding sexual assault accusations pointed at the “U Dont Know Me” rapper and his wife, Tiny.

While many were hesitant to side with T.I., Knight later posted a video on her social media addressing what caused her to make the wily joke in the first place. “He kept telling me to shut the f*ck up and called me all types of b*tches. Basically heckling me,” she explained in the video.

T.I. would later respond by asking the woman to prove that he called her out of her name, and he would pay her 1 million dollars, to which she followed up with a video of the rapper indeed shouting “B*tch” during her set.

It’s safe to say T.I. was able to put his money where his mouth is, as the rapper shared to a fan that he paid Knight 1 million dollars after she posted exhibit A. Check out the entire altercation below.

Article written by Mira B #TheSource

BIA and J. Cole Team Up on ‘London’