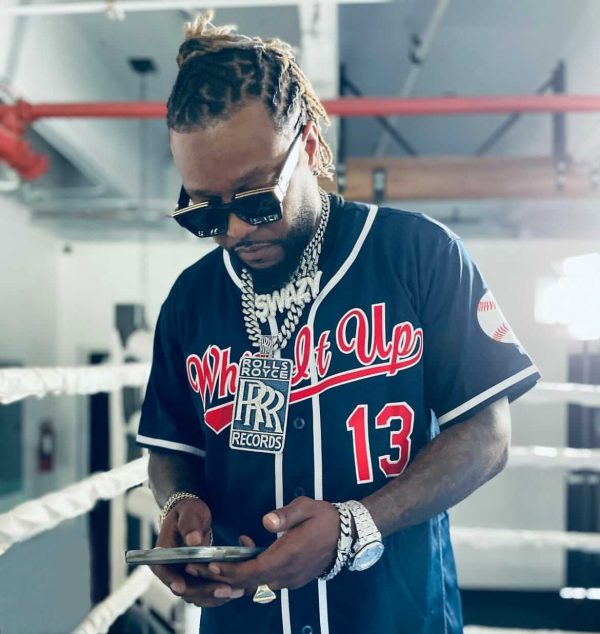 “Whip It Up” by Swazy Styles featuring Se1v1en and Devyn is the crème de la crème of party bangers with its saucy beat and hypnotic new dance.

Swazy Styles of South Florida is a name that earns respect in every level of the music industry. From underground recognition to mainstream prominence, he has progressed through the hierarchy of hip hop to build a career supported by fans globally.

After the success of singles like, “Twerk 4 me” and “Birthday Suit,” Swazy Styles have proved his worth on the mic. His sound holds a level of style unfound in the industry and that unique sound is the recipe behind his latest single “Whip It Up” featuring other talents, Se1v1en and Devyn. The track is undoubtedly another viral moment in Swazy Styles career. With the catchy beat bumping in the background, Swazy Styles and company bring the energy in every rhyme heavy bar and melody warping flow. The way the three pass the beat and catch like a trio in sync in the booth is reflective of their perfect chemistry.

His latest single has inspired the new dance, having fans turning up through the social media landscape with its “Whip it Up” challenge. The mesmerizing hook is echoing all over Instagram and Tik Tok as fans show their best dance moves to the rhythmic beat entrancing their body in its seductive cadence. Swazy Styles is giving audiences the experience of a lifetime with the song’s rollout. Forthcoming is the May release of a music video that is going to ignite a wave of vibes with the type of cinematic and theatrical visuals brought to life before the lens. Fans can expect to have their “Whip it Up” apparel to add some flare to their challenge clips with upcoming merch arriving on April 29th via Swazy Styles website.

Swazy Styles is poised to be the talk of 2022 with his latest single, “Whip it Up.” Stay tuned to his socials for the upcoming visuals and merch.

Kay Flock is Joined by Dougie B, Bory 300 and Cardi B for New Bronx Banger “Shake It”