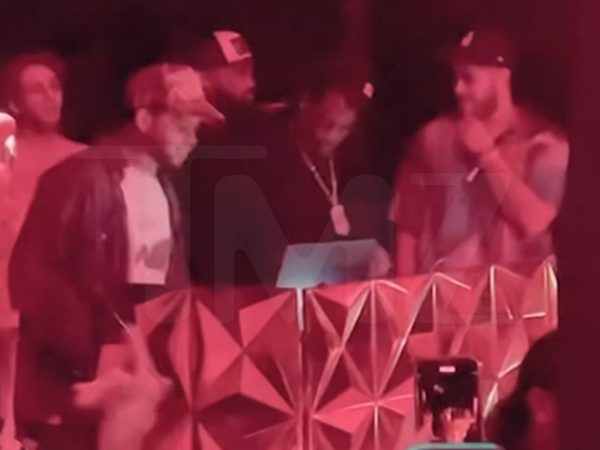 Travis Scott may not be a Coachella headliner for this year’s music festival, but he did make a surprise (and incredibly low-key) appearance at one of the festival’s after-parties, surprising fans with a five-song set.

Scott surprised fans when he took the stage at the Revolve x Bootsy Bellows After Party, which was being held in the nearby city of La Quinta at about three in the morning, just as the event was about to shut down. The rapper reportedly simultaneously DJ’d while performing five of his hits including “Goosebumps,” reportedly delighting the audience.

The rapper’s low-key appearance was not the first time that he had performed since the November 6 Astroworld tragedy. He also performed at Darren Dzienciol and Richie Akiva‘s pre-Oscars party at a private estate in Bel-Air earlier this year.

Earlier this year, there were rumors that Scott would join Kanye West on stage as West was originally billed as a Coachella headliner. However, West pulled out of Coachella on April 5, less than two weeks before the festival.

Scott’s girlfriend, Kylie Jenner, was seen at Coachella alongside Hailey Bieber on Saturday, but there was no mention as to whether or not she attended the after-party to watch Scott perform.

Bootsy Bellows After Party has billed itself as “a surreal playground for adults and has become the elite hangout for Los Angeles partygoers.” Their pop-up events at major festivals appear to mimic that same energy, hosting major artists such as Scott, The Chainsmokers, Chase B, and DJ Irie. Scott also performed at one of the brand’s pop ups in Austin during the Big Race Weekend in October of 2021.