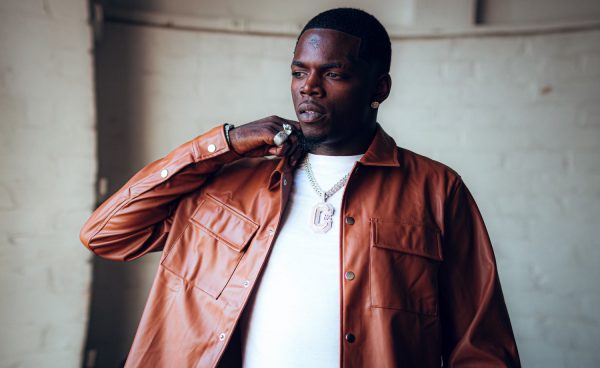 Yo Gotti’s CMG label boasts one of – if not the deepest rosters in Hip-Hop. A member of that stacked team is Gotti’s protégé, Big Boogie.

In late March, Big Boogie released the deluxe version of his new project, Underrated. The release comes over a year after signing to CMG and donning the iced-out CMG chain during a welcome dinner. At the time, Big Boogie dropped his mixtape, Final Nightmare, showcasing his talent alongside Gotti, label mate Moneybagg Yo, and Def Loaf. The project proved successful, surpassing 71 million streams in America alone.

Fans started catching Big Boogie next to Yo Gotti at Birthday Bash 2018. The tandem would align again at Birthday Bash 2019, and the mentorship culminated in officially signing in 2020. Since, Big Boogie has continued to develop his working relationship with Moneybagg, spawning two hits in “Pussy Power” and “Thuggin,” while finding music synergy with producers like Tay Keith and Drumma Boy. Big Boogie was also the halftime performer for the Memphis Grizzlies 2021-22 home opener at FedEx Forum.

Speaking in an exclusive with The Source, Big Boogie highlights the growth between Final Nightmare and Underrated, why he knew CMG was the perfect label situation, and more.

The SOURCE: You are coming off the deluxe version of Underrated. What have you learned from the process of releasing this album?

Big Boogie: What I learned from this album is believing in the process. Take your time with everything that’s supposed to be done. So, I really feel like it grew my mindset, and it grew my delivery. Like, what I had to say and how I need to do things, you feel me? Just staying consistent with everything that I’m working with. My fans are understanding me better and see what I’m doing. They giving me my flowers and they rooting for me to keep getting bigger.

How did you approach Underrated differently, in comparison to Final Nightmare?

The type of attitude I had on Underrated was like, all negativity is deceased, you feel me? Everything I went through – all that is deceased. I’m not going through that anymore. I gave myself that name Underrated/Big Dude because like, everything that’s coming my way, I can handle it. So, I’m stepping on anything that’s negative. That’s what Underrated really means.

The Underrated album comes after signing with CMG. What let you know that CMG was the home for you?

What made me sign to CMG was knowing that once something comes your way, it might not come again. So, I took my first opportunity. But I didn’t sign right then and there. I just started claiming and started running with it before I even broke the pen. When I really broke the pen, that’s when I really gave it my all. I felt like this was my only chance to even change my life. I’m not finna be so bougie or too big to not accept the blessings. So, I accepted the blessing, and I gave my loyalty to them three letters and it was that on that.

On your signing day, you received a CMG chain. What did that moment feel like?

That moment was amazing, I knew I made it. Once you know you made it in life, it gives you the chills and a lot more people start depending on you. You got people to make happy. I got a long way to go, but it doesn’t just start from there. I work every day, 24 hours. Every day I gotta think about my next move. I already have it down pat in my notes, so I know what I’m gonna do in five years. I know what I’m gonna do in the next hour, so I’m already 40 steps ahead of my own steps.

You have a mentor relationship with Yo Gotti – what pieces of insight or information have stuck with you from time spent with him?

One of the biggest things I learned from Gotti was to be patient, stay focused and really just go hard. If you’re a father figure or anything, it’s not just about you. You gotta feed the family. Like, the biggest thing Gotti taught me is family. If you ain’t taking care of family, what’s the point of you hustling? That’s what he gave me – he made me big on family more.

You have already accomplished a lot this year – what more can we expect as 2022 rolls on?

Big Boogie finna be bigger than where he is now. I’m big now and I thank God for that. Next year and from this day on forward, I’m going bigger and bigger and bigger. So, they gotta see me for the rest of their life.

Nicki Minaj and Fivio Foreign Drop ‘We Go Up’ Video