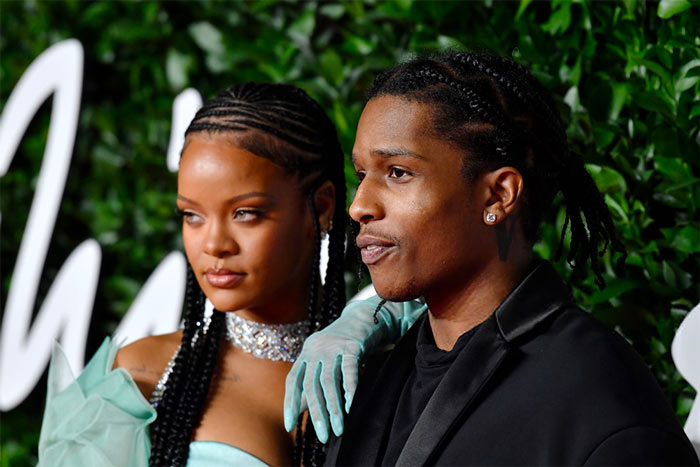 The rapper was totally blindsided by cops when they showed up at a private, LAX terminal and put him in handcuffs while he was arriving back from his vacation in Barbados with a pregnant Rihanna on Wednesday morning.

According to TMZ, Rihanna was also on the plane and was “equally shocked” while it all went down. At least 10 cops were waiting for Rocky when his private jet pulled up to the terminal before handcuffing him and taking him into custody.

The arrest was reportedly more than a week in the making. Law enforcement chose not to give Rocky or his team a heads up because they wanted to see if they could find the gun used in the shooting.

A$AP was arrested for assault with a deadly weapon in connection with a November 2021 shooting in Hollywood. The victim claimed Mayers shot at him three to four times during an argument and grazed his left hand.

Cops wanted to find the gun and were worried if they notified Rocky, it could jeopardize their investigation, so they coordinated the arrest and the search of his home at the same time.

Rihanna apparently wanted to pick up some of her stuff from Rocky’s house following the raid, but cops wouldn’t let her in.

Rocky posted $550,000 bail and was released from custody on Wednesday. The District Attorney will now decide whether to file charges.