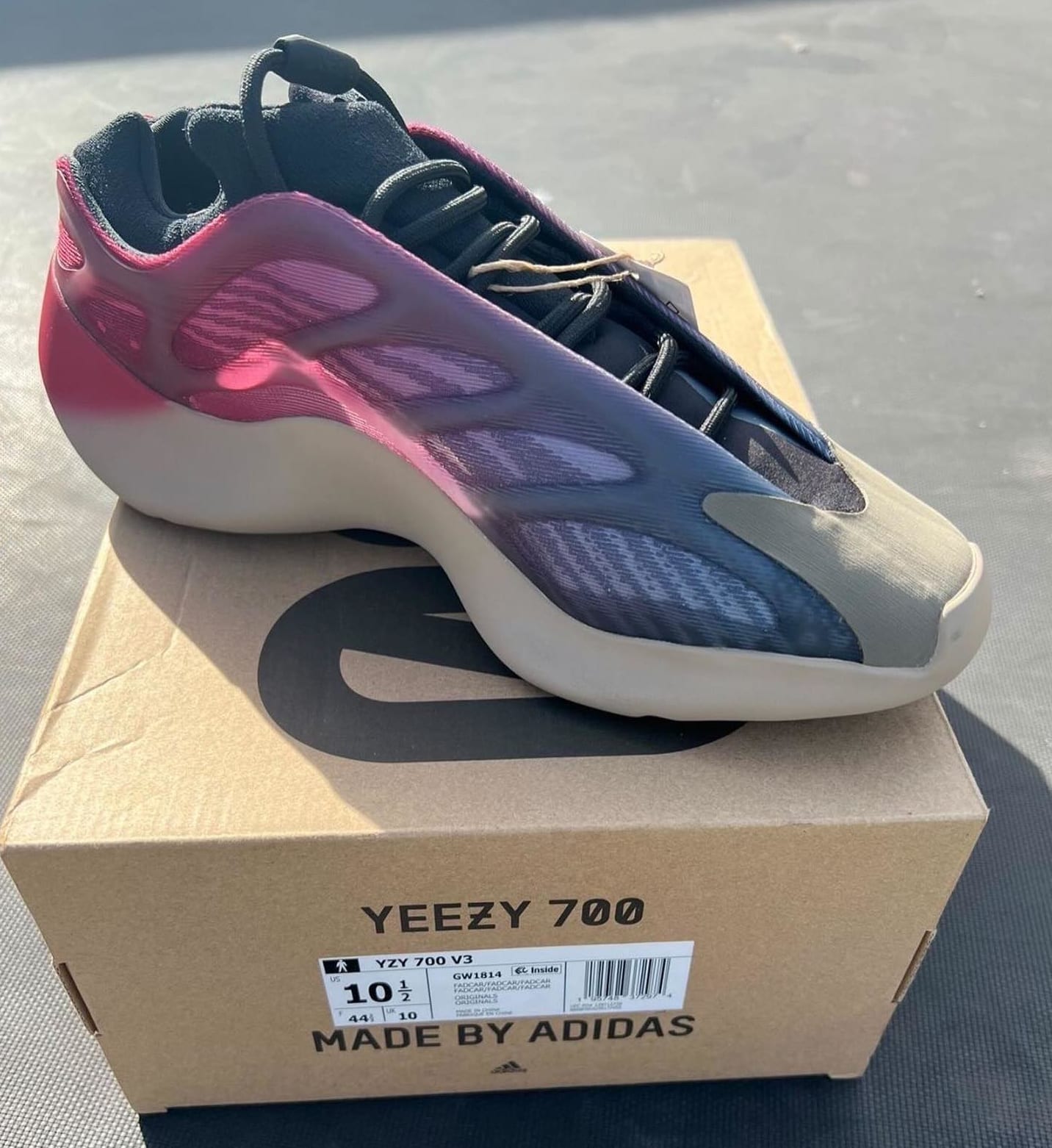 It appears that the Adidas Yeezy 700 V3 will soon release in its most vibrant colorway thus far if this latest round of images is any indication.

Newly leaked photos from @jadagreat38 on Instagram show the first look at an unreleased Yeezy 700 V3 style, which is said to be nicknamed “Fade Carbon.” Unlike past releases of the model, this pair dons a gradient fade on the upper, with purple at the forefoot to red at the heel. Breaking up the colorful execution is a black neoprene bootie with grey paneling at the toe and a sail EVA-cushioned midsole underneath.

Despite an early look from @jadagreat38, release details for this “Fade Carbon” Yeezy 700 V3 have not yet been confirmed by Adidas but we’ll keep you updated with new developments as they become available.