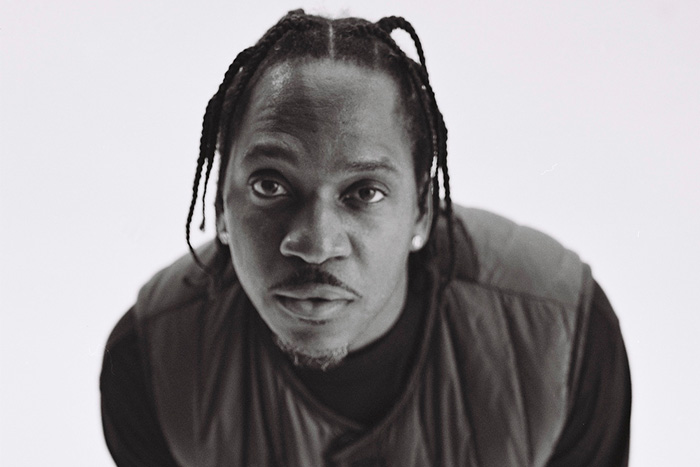 The wait is over.

Four years after the critically-acclaimed Daytona, Pusha T returns with his fourth solo album, It’s Almost Dry, which he declared the “album of the year.”

Produced entirely by Kanye West and Pharrell Williams, the 12-track set has spawned the singles “Diet Coke,” “Hear Me Clearly,” and “Neck & Wrist” with JAY-Z and Pharrell.

Kid Cudi guests on the Ye-assisted “Rock N Roll,” which Cudi announced would be his final collaboration with Ye. Lil Uzi Vert and Don Toliver team up on “Scrape It Off the Top,” while Clipse reunites on the closer “I Pray for You” featuring Pusha’s brother Malice and Labrinth.

“I had the best of both worlds in regards to production and in regards to two people that actually understand who I am and they like two different things from me that I feel are both really great,” Pusha told Charlamagne Tha God. “This body of work is untouchable because it doesn’t lean too heavy on either side…you get the whole spectrum. It’s my most well-rounded body of work.”

The album is already living up to the hype. Rolling Stone gave it four out of five stars, calling it a “well-balanced portrait of a complex man with some serious burdens on his heart.”