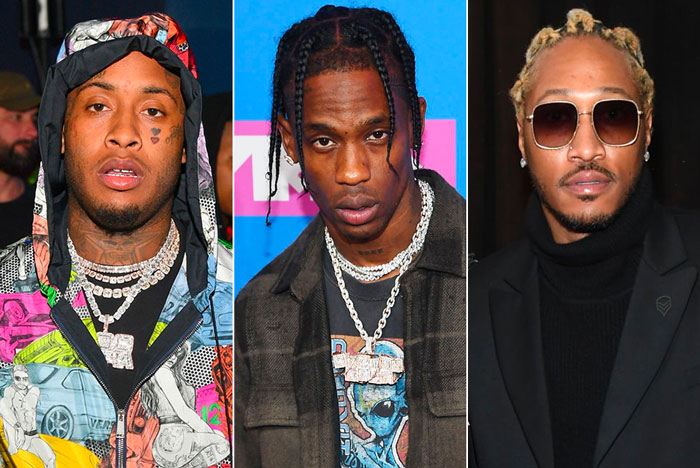 Travis Scott and Future Join Southside on ‘Hold That Heat’

Travis Scott and Future are bringing the heat.

The rap all-stars team up with Southside on the 808 Mafia producer’s electrifying new single, “Hold That Heat.”

“Six months down out in Cabo / The lil’ tryna teach me Spanish,” Travis raps over rumbling 808s before Future adds his hypnotizing flow: “I got a main bitch but I mingle.”

The song arrives alongside a Philip Andelman-directed video featuring icy chains, pole dancers, and laser beams. Travis holds an alligator on a chain while standing in the halls of a grimy motel.

This marks the first music from Travis since “Mafia” and “Escape Plan,” which he released prior to the Astroworld Festival in November. He is gearing up for his long-awaited album Utopia and recently teased the project with billboards on the highway to Coachella.

In one week, Future is set to drop his new album, which will include collaborations with Kanye West, FKA twigs, and Babyface Ray.