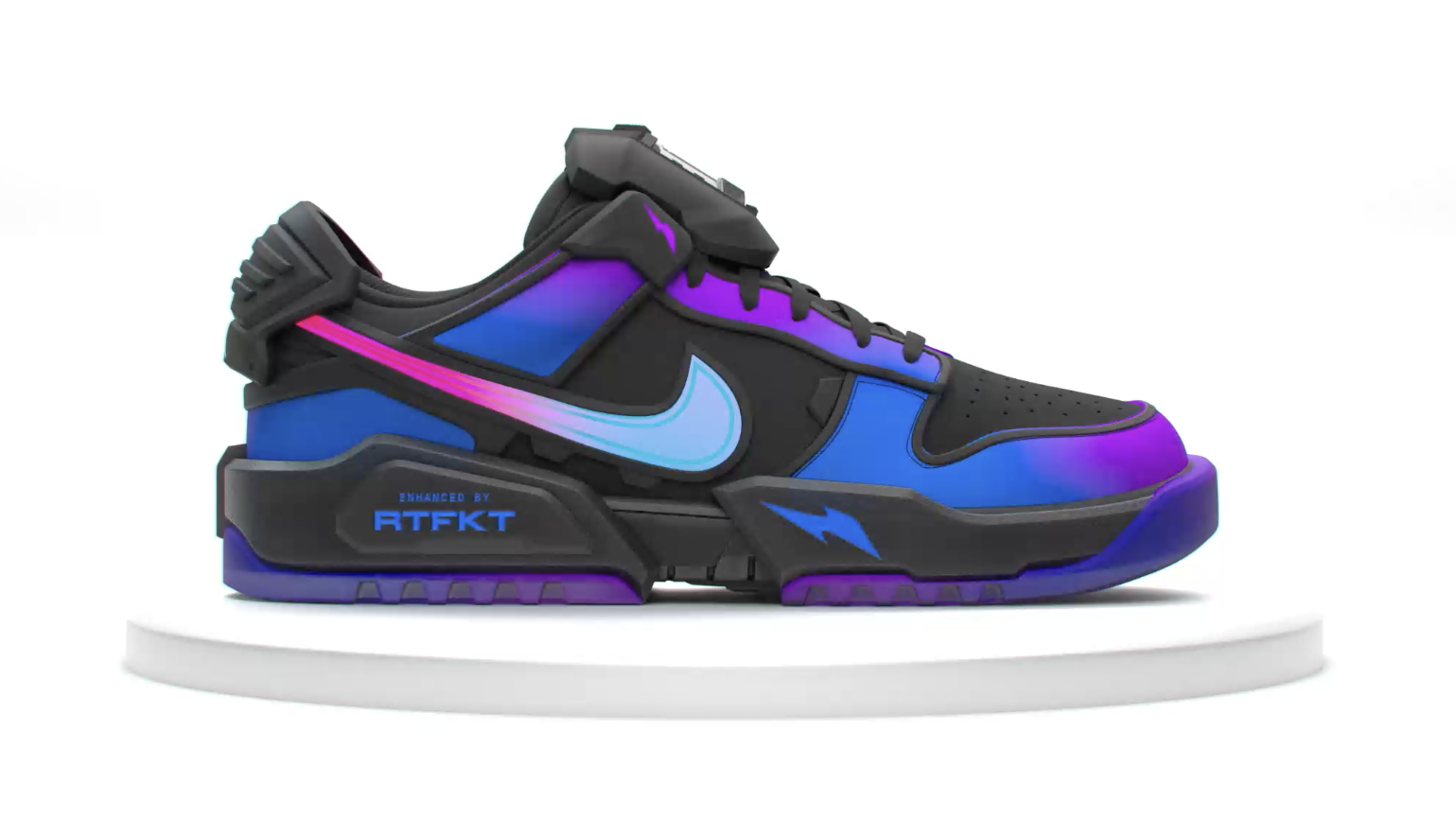 A few months have passed since Nike announced its acquisition of the NFT collectibles brand RTFKT and now, the duo’s first release is here.

Pictured here is the RTFKT x Nike Dunk Genesis, which is the inaugural virtual sneaker drop between the two entities. As the name suggests, this NFT sneaker is inspired by the ever-popular Nike Dunk Low and was released through the MNLTH NFT cube. Owners of the cube were tasked with completing challenges that were posted by RTKFT on various platforms including Twitter and Discord and upon completion, the RTFKT x Nike Dunk Genesis was unlocked. Also included in the MNLTH NFT cube was a special skin vial that allows fans to customize their virtual shoe.

For fans who were able to unlock the virtual RTFKT x Nike Dunk Genesis shoes, they’re being listed at Opensea.io for an average asking price of 3 Ethereum, which roughly converts to $9,000.