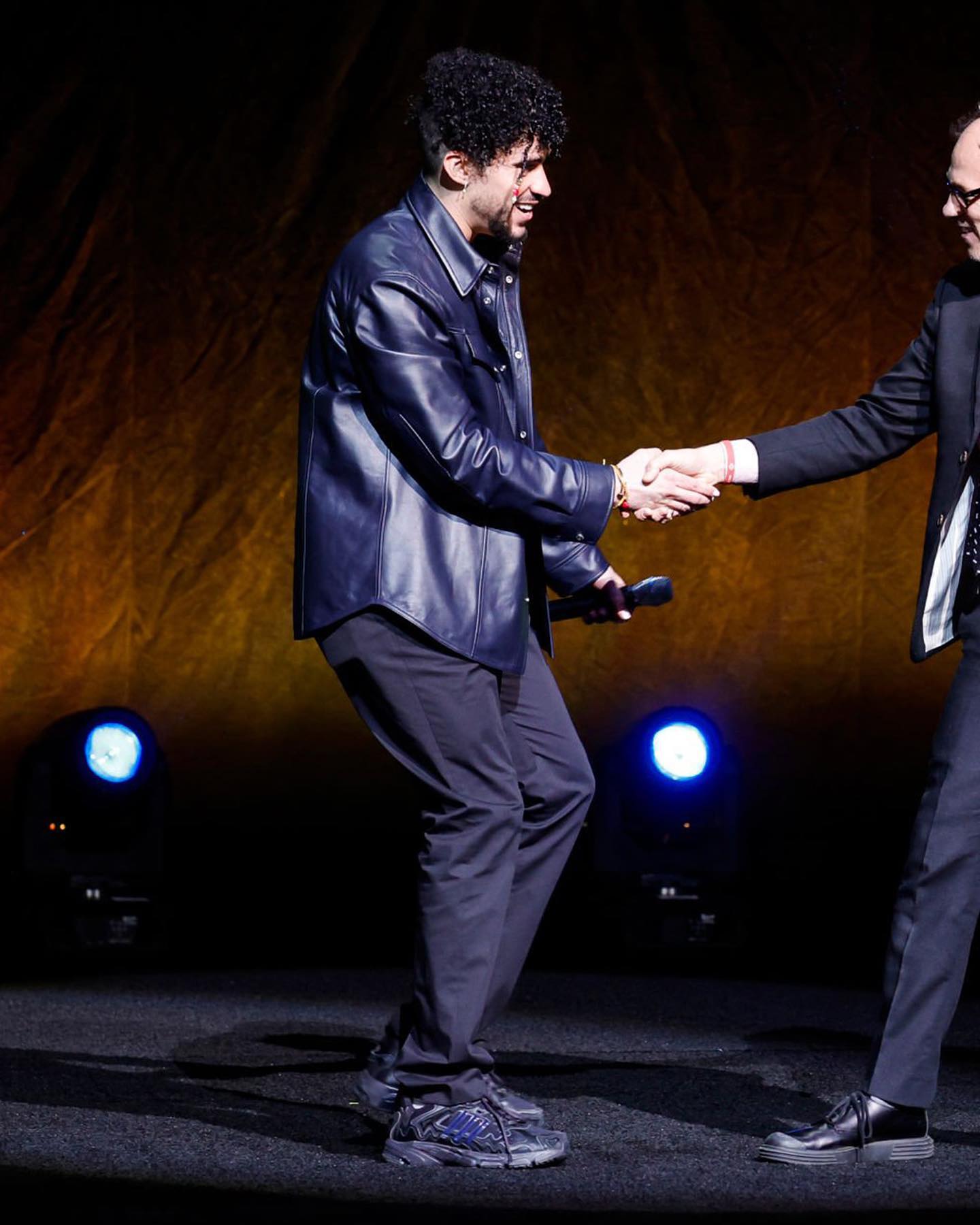 Fresh off of last month’s release of his inaugural Response CL collab, it looks like Bad Bunny has another iteration of the Adidas archival running model coming soon.

Newly leaked images from @Mofongokicks on Instagram show the Puerto Rican rapper on-stage for the announcement of his newly minted role in Marvel’s El Muerto movie wearing an unreleased colorway of the Bad Bunny x Adidas Response CL collab. The latest pair sports a predominantly black color scheme throughout the majority of the upper’s “dripping” design, while the Three Stripes branding on the sides appears to feature purple accents. The stealthy execution continues down to the midsole and outsole.

Release details for this Bad Bunny x Adidas Response CL colorway have not yet been announced by the brand but we’ll keep you updated with new developments as they become available.