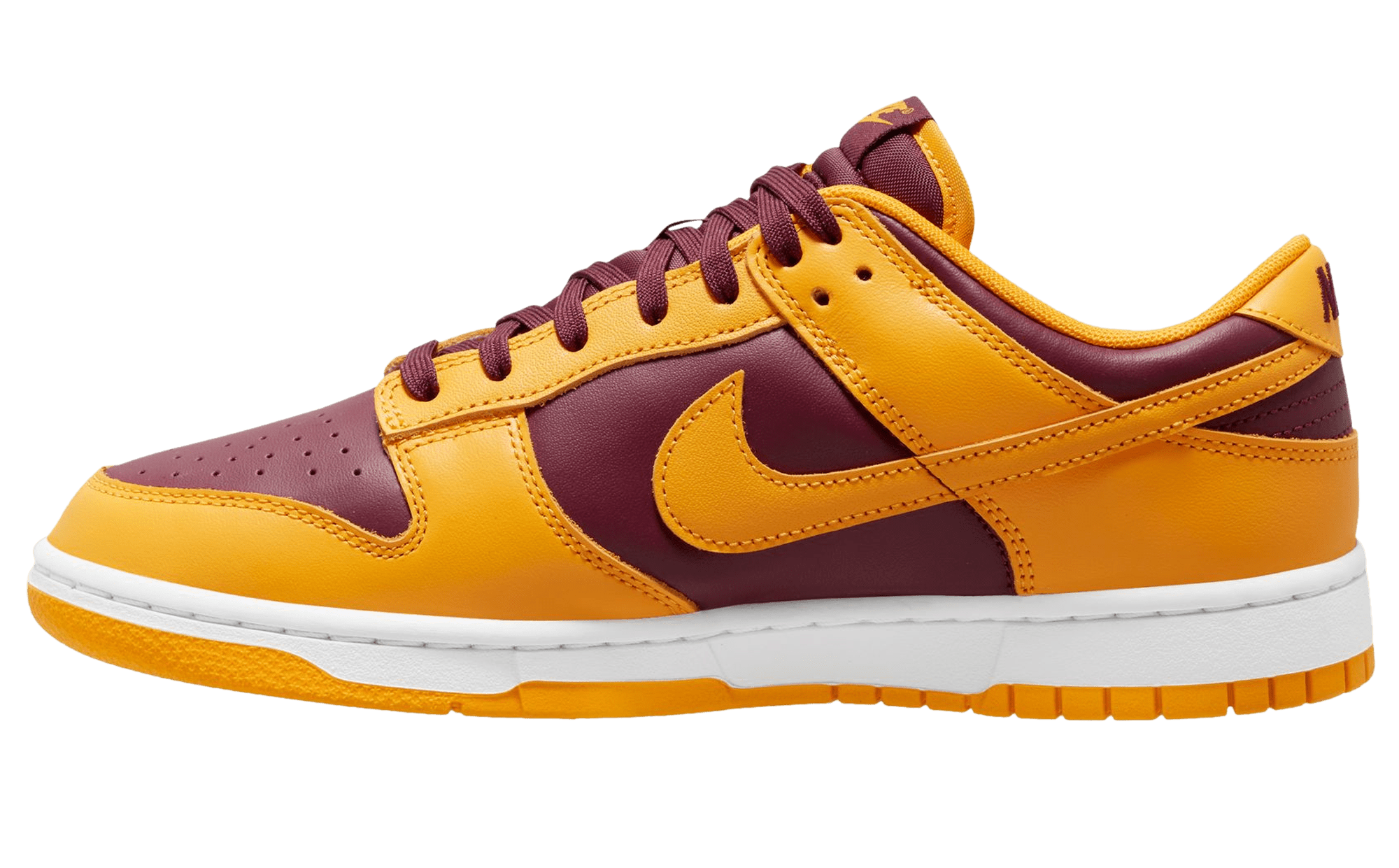 Despite Arizona State University being an Adidas-affiliated school, there’s a new Nike Dunk colorway coming soon that should satisfy any Sun Devils fans.

Shown here is the upcoming makeup of the ever-popular Dunk Low that’s dressed in gold and burgundy hues similar to the team colors of the ASU Sun Devils. Much like the previous collegiate-inspired styles that have been released in the past, the shoe dons a two-tone color scheme, with burgundy dressing the leather base while gold hits cover the overlay panels. It’s also worth mentioning that there are no official logos on the shoe that connect it to the aforementioned school.

As of now, release details for this ASU-inspired Nike Dunk Low have not yet been announced by the Swoosh. Grab a detailed look below courtesy of Foot Locker as we await official info from the brand.