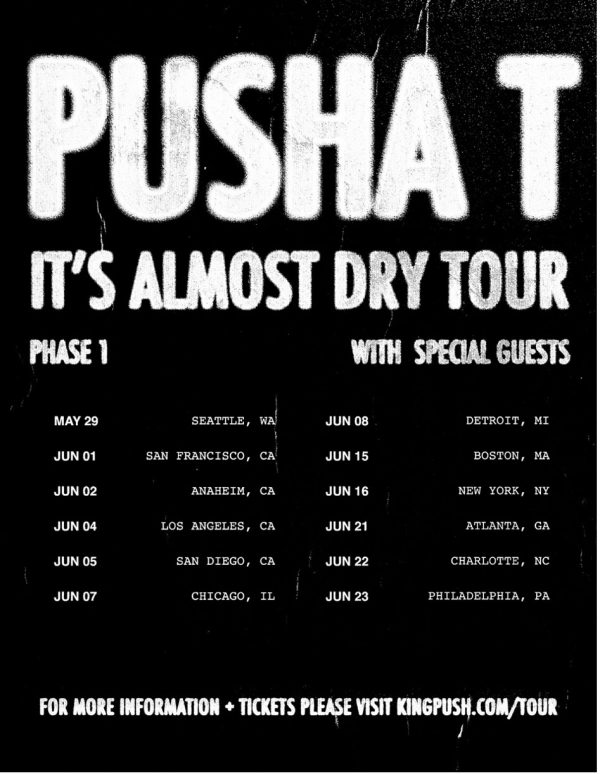 It’s Almost Dry, Pusha T’s critically acclaimed fourth album, debuted at #1 on the Billboard 200 album chart today, a career-high for the top-three coke rapper of all-time. It’s Almost Dry is also his first album to reach #1 on the R&B/Hip-Hop Albums and Rap Albums lists. The album reached #1 on Spotify Global and #1 on Apple Music in more than 52 countries this week. The new album is completely produced by Ye and Pharrell Williams.

According to Billboard, the new album moved 55,000 album-equivalent units in its first week.

“My brand is all about creating masterpieces,” Pusha recently told Complex. “This is a legacy thing with me. This is all about being great. This is the realest real estate in hip-hop, and I’m the Martin Scorsese of it.”

The tour will touch Chicago, Atlanta, Los Angeles, Boston, and more for the first run. You can see the tour dates below.