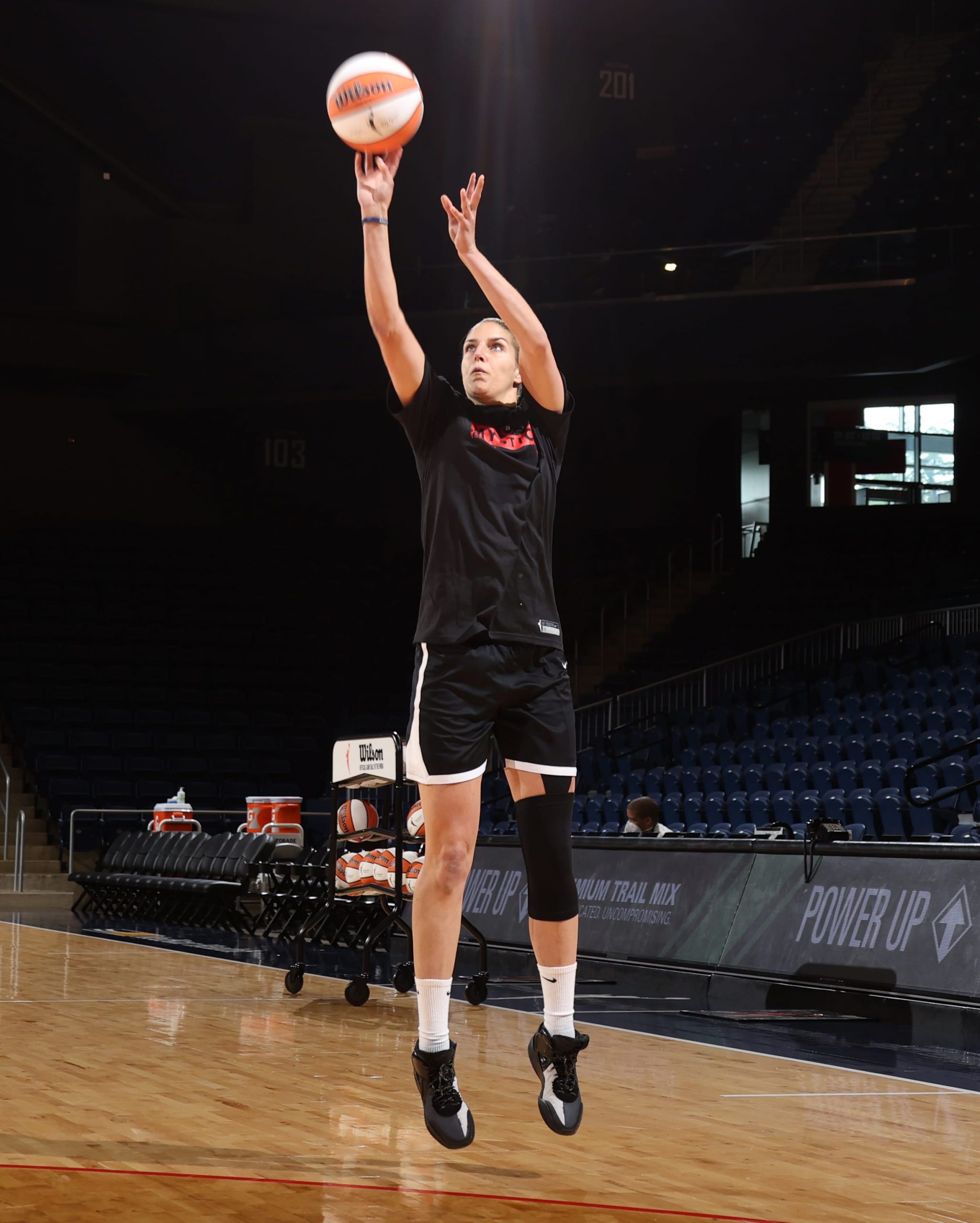 In last week’s pre-season matchup between the Mystics and the Minnesota Lynx, Delle Donne was spotted wearing an unreleased Nike basketball shoe on-court. She also wore the same model in a different colorway at Media Day in April.

The shoe appears to feature FlyEase on the upper, which is Nike’s technology that allows athletes of all capabilities to wear their sneakers. Delle Donne has been one of the biggest advocates of FlyEase as her older sister Lizzie, who has cerebral palsy and autism, provided Nike with input that helped in the creation of the aforementioned Zoom UNVRS.

The new unnamed hoops shoe also features Delle Donne’s “EDD” logo that was featured on the heel tabs of the Zoom UNVRS. It’s unclear whether this indicates the shoe is a PE version or a new signature model specifically for the WNBA star. Nike did not respond to a request for confirmation on the matter.

As of now, details for this unreleased Nike basketball shoe have not yet been announced, but keep it locked to Sole Collector for updates.