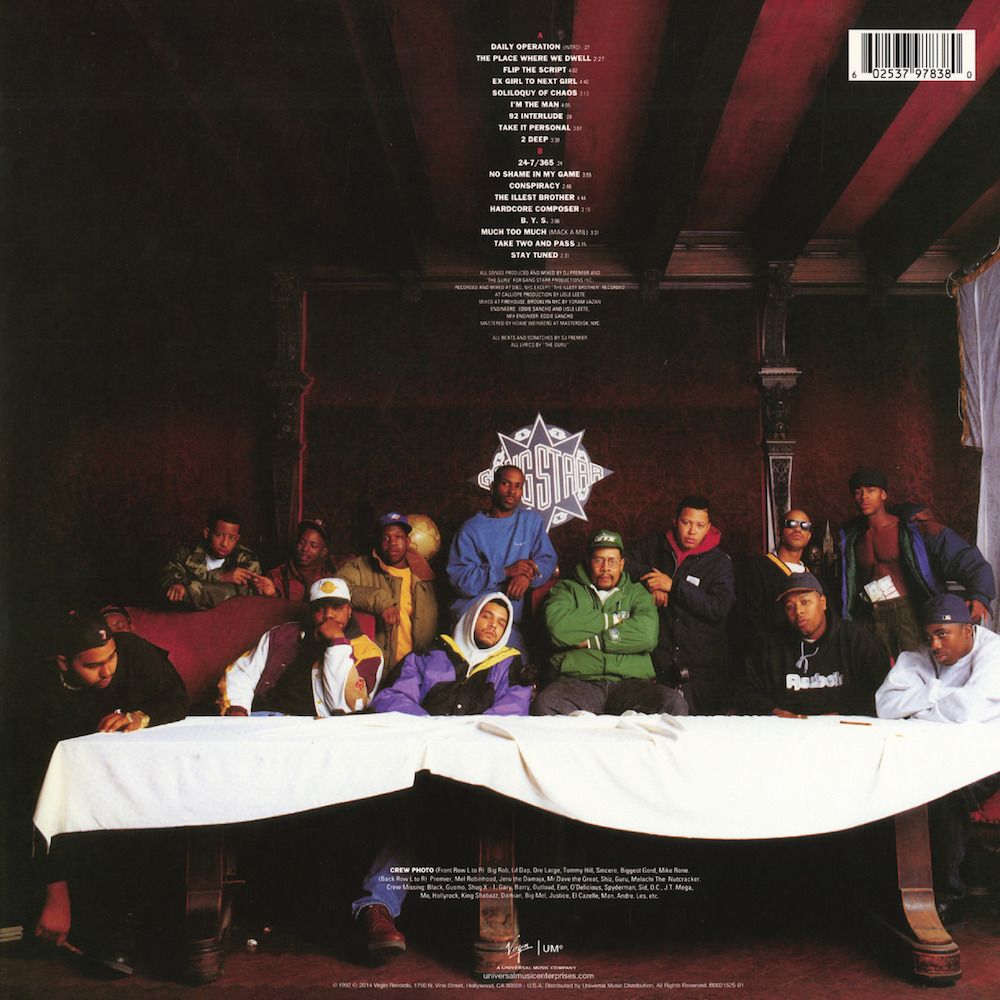 Nothing beats a classic rap record and a few MCs were dropping them on the regular quite like legendary ’90s rap duo Gang Starr. The group, consisting of Guru holding things down on the mic and DJ Premier handling the head-bumping production, dropped six albums in their career before calling it quits in 2003.

While a reunion album was reportedly planned, unfortunately, Guru passed away on April 19, 2010, before the project could be completed or properly executed overall. While the Hip-Hop community definitely took a blow due to the loss, the work they did create while recording together influenced the genre in ways that we’re still seeing today. One LP that specifically represents Gang Starr’s influential legacy is their third album Daily Operation, which celebrates its 30th anniversary today.

Comprised of jazz-tinged samples and lyrics that illustrated life in the streets of New York City during the early ’90s, Daily Operation saw Gang Starr striding smoothly towards the legendary status that we now place the group in today. The project is East Coast-inspired through and through, from recording the LP entirely at the dearly missed D&D Studios on West 37th Street in Midtown Manhattan all the way to lamenting about Brooklyn on the opening track “The Place We Dwell.” Other standout cuts include “I’m The Man,” featuring the solely credited cameos by Group Home member Lil Dap and Jeru the Damaja, “B.Y.S.” — cleverly abbreviated for “Bust Yo’ Shit” — and the lead single “Ex Girl to Next Girl” that gave us one of the most 90s-looking music videos ever created.

The key to Gang Starr is that, while none of their albums ever crossed Top 5 status on the Billboard 200 — their highest placement happened in 1998 when Moment of Truth hit #6 — sales were never the thing that represented their effect on the game; the music always came first and foremost. Daily Operation received all sorts of critical acclaim nonetheless, and we even included it on our “100 Best Rap Albums” list for The Source’s 100th issue (January 1998). So, while it only reached #65 on the Billboard 200 and faired slightly better on the Top R&B/Hip-Hop Albums chart at #14, those numbers mean nothing when compared to the slick verses, smooth-yet-rugged instrumentals, and thought-provoking bars that still makes this album a certified classic almost three decades after its original release.