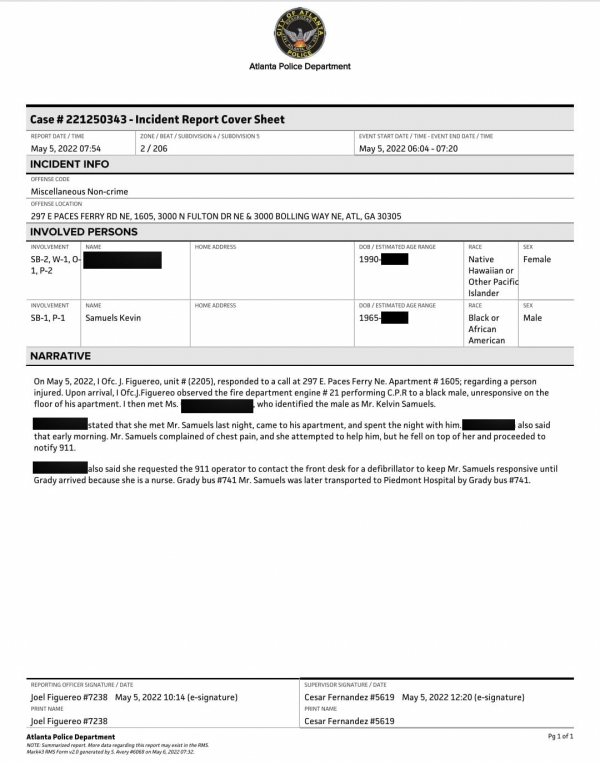 Self-described “relationship guru” and image consultant, Kevin Samuels has passed away at the age of 57-years-old. The popular YouTuber was known for his polarizing relationship advice, appearance ranking system and comments about Black women.

“If you have made it to 35 and you are unmarried, you are a leftover woman. You are what is left. Men know that there is likely something wrong with you. Whether you want to hear it or not, I’m going to go there with you. I’m telling you the truth that you don’t want to hear.”

According to an Atlanta police report, on Thursday morning emergency medical teams found Samuels unresponsive and performed C.P.R. on him on the floor of his apartment.

32-year-old Ms. A (name withheld for privacy) identified herself and said she’d met Samuels the prior night, “came to his apartment, and spent the night with him.”

Ms. A told police that Samuels, began to complain of chest pain and “she attempted to help him but he fell on top of her and she proceeded to notify 911.”

She also revealed that she asked the 911 operator to contact the front desk of Samuels’ apartment building for a defibrillator to keep him “responsive until Grady arrives because she is a nurse.” Samuels was taken to Piedmont Hospital in Atlanta.

His mother Beverly Samuels-Burch later confirmed her son’s death to NBC News, sharing that she learned the shocking news from social media. “That was a terrible thing for social media to put that out,” she said. “I didn’t even know. I hadn’t even been notified. All I’m doing is requesting that people pray for us.”

The Fulton County Medical Examiner’s Office has not yet revealed a cause of death. Our condolences to Kevin Samuels‘ loved ones at this difficult time.