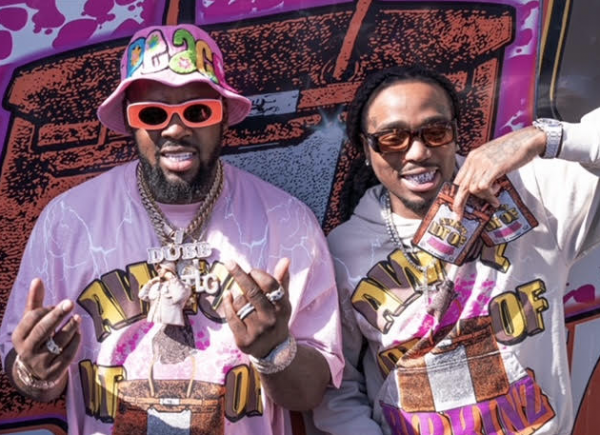 With the demand for the coveted Birkin bag among women being almost a prerequisite for relationships, Quavo of the Migos, who may know a thing or two about relationships himself, decided that it was time for the guys to smoke the Birkin instead of giving it away to women.

The Huncho has created his own unique marijuana strain called Birkin because the guys have spent too much money tickling the women’s handbag fancy. “We got tired of buying the girls Birkins, so we started smoking it, that’s all.” says Quavo.

Just as Hermès’ Birkin bags can range from $40K to as high as almost $300K, Quavo’s weed is going to be a high-end strain of bud, meaning a super high cost exactly like the Hip Hop name-dropped handbag. When asked if Birkin Bagz would be affordable for regular smokers and he vehemently replied, “No, sir. No broke smoke. This will be the highest weed you ever smoked.”

To add even more flavor to the release of the “most expensivest” weed strain, Quavo teamed up with established streetwear brand Awful Lot of Cough Syrup and dropped a “Birkin Bagz” clothing collab to accompany the new 420.