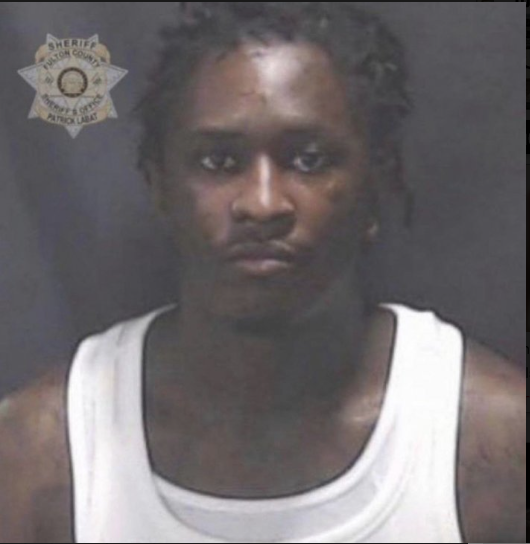 After his arrest yesterday on RICO and other gang-related charges, Young Thug’s mugshot has surfaced online. The arrest and indictment allegedly stem from as far back as 2013 and as recent as 2018.

Young Thug and Gunna were arrested and taken into custody at the Fulton County Jail on RICO charges, including murder, racketeering, armed robbery, and participation in street gang activity.

28 YSL members have been arrested under a 56-count indictment by Fulton County prosecutors, including Thug, who prosecutors say rented a vehicle used to commission a 2015 murder. Prosecutors also allege that two other YSL members tried to get permission from Thugger to kill YFN Lucci in the Fulton County Jail.

A$AP Rocky Moving Out of His House After Police Raid