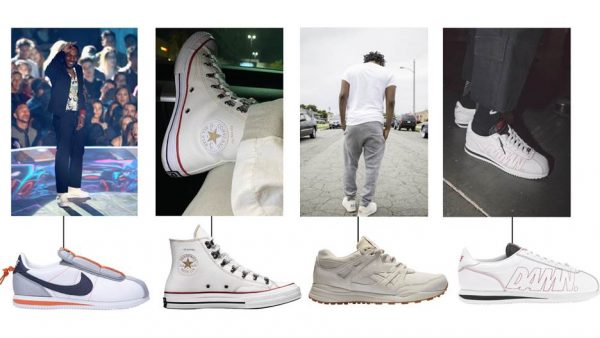 From the last week of April to the first week of May, searches for pgLang increased by 1276 percent, according to eBay data.

The popular Nike Cortez collaborations with Kendrick Lamar also experienced renewed interest, with searches for the Cortez Kenny 1 up 25% and the Cortez Kenny 2 up 75% in the first week of May.

You can see the most-popular Kendrick Lamar sneakers below, including the new sold-out Converses.