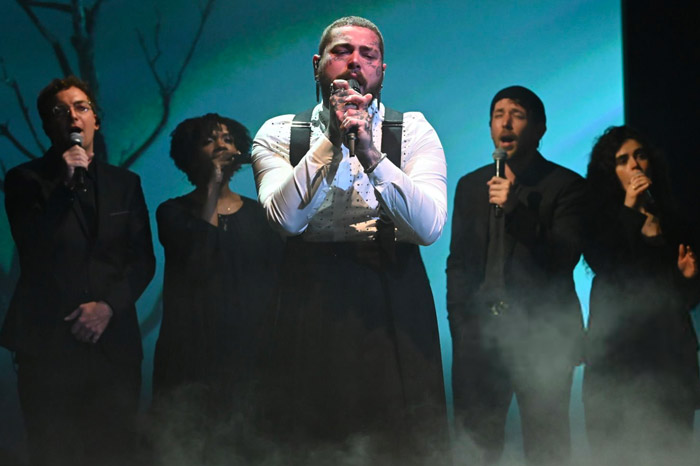 Ahead of his album release next month, the rapper pulled up to “SNL” where he performed a pair of tracks off Twelve Carat Toothache, his first album in nearly three years.

Following an introduction from host Selena Gomez, the father-to-be hit the 30 Rock stage for the first performance of his new single “Cooped Up” with an assist from Roddy Ricch, who had to cancel his “SNL” appearance earlier this year due to a COVID-19 exposure.

“You’re the reason why I got my ass kicked / But you’re the only way to drown my sadness,” he sang.

Earlier in the week, he paid a visit to “The Tonight Show” where he discussed becoming a dad and his new album Twelve Carat Toothache, which drops June 3 and features collaborations with Doja Cat and The Kid LAROI.

Travis Scott Returns to the Stage at Billboard Music Awards