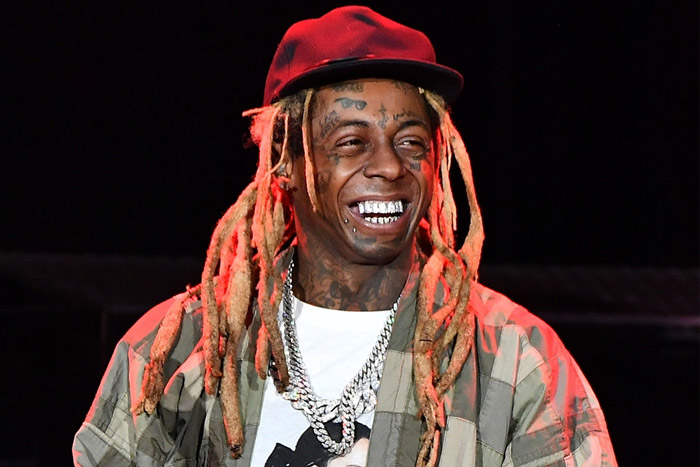 Lil Wayne Blasts Mark Cuban: ‘I Will Piss in Ya Mouth’

The Young Money rapper’s beef with the Dallas Mavericks owner reached new heights on Monday when he told him, “I will piss in ya f’n mouth ho.”

It all started after Weezy, who is friends with Phoenix Suns point guard Chris Paul, called Mavericks star Luka Dončić a “ho” on Twitter during the team’s Game 4 win over the Suns.

On Sunday, Cuban got the last laugh after the Mavericks defeated the Suns 123-90 in Game 7 of the Western Conference semifinals. Following the blowout, he responded by trolling Wayne with his own lyrics from “Uproar” off Tha Carter V.

“It’s a shit show, put you front row,” he tweeted along with a photo of Wayne sitting courtside at Game 7.

But the trash talking didn’t sit well with Weezy, who fired back at the billionaire in a since-deleted tweet. “Mark Cuban don’t make me get u smacked boy U playing w me??” he warned. “I will piss in ya f’n mouth ho.”

In a later tweet, seemingly directed at Cuban, Tunechi added, “Ya lil bitch its up.”

Cuban’s Mavericks will take on the Golden State Warriors in the Western Conference Finals, which start today.

Ya lil bitch it’s up