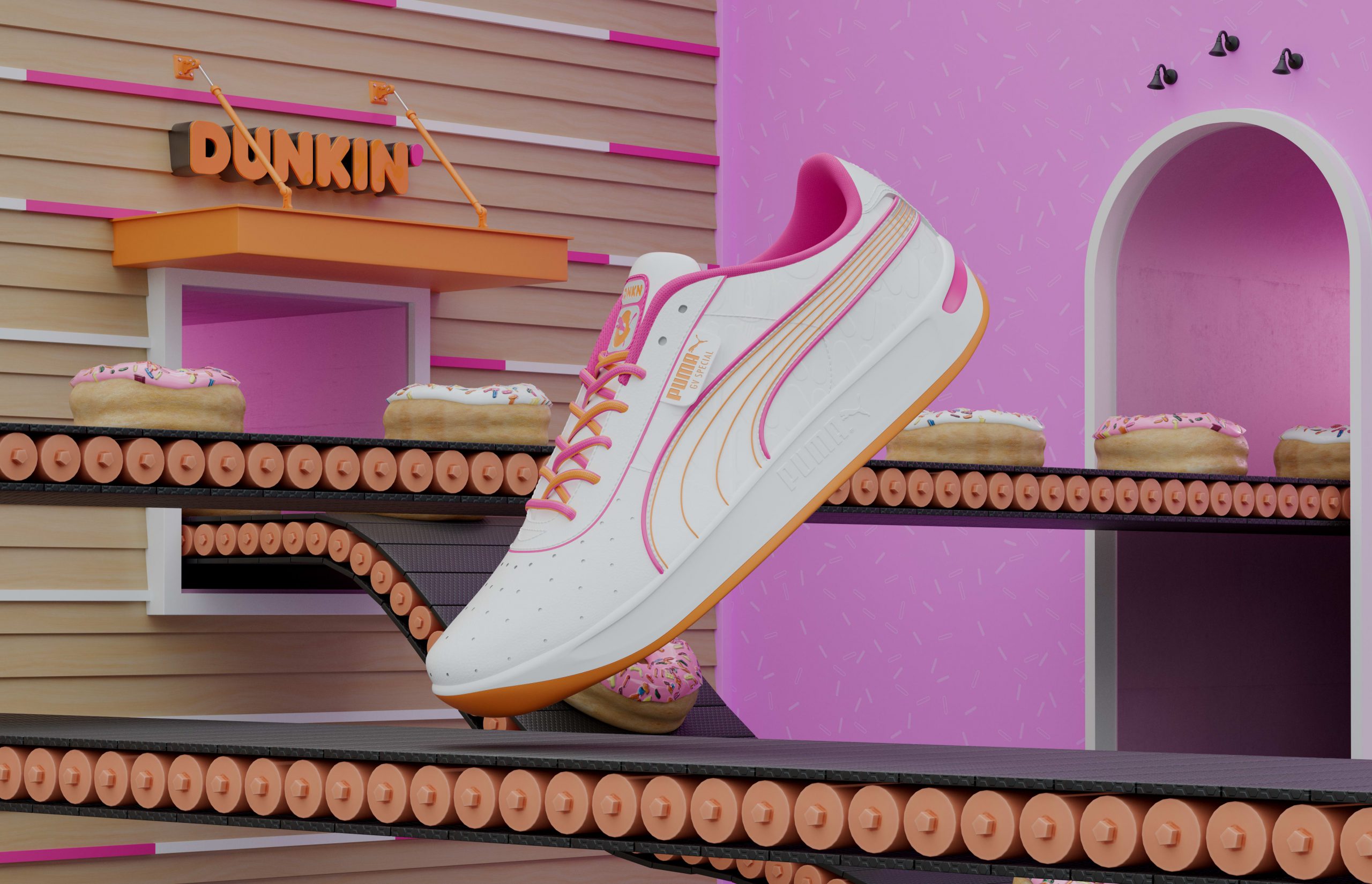 In one of the most unexpected pairings in the sneaker sector this year, Puma has joined forces with Dunkin’ for a new collab coming soon.

For the first-ever project between the global sports brand and the doughnut/coffee company, the duo is dropping a new iteration of the classic GV Special and the Triple Basketball shoe. Both pairs wear a bold pink and orange color scheme that’s inspired by the recognizable logo featured on every Dunkin’ coffee cup. The sneakers also feature co-branded tongue tags along with a sprinkles-inspired sock liner on the Triple Basketball and a donut graphic on the GV Special’s tongue.

The Dunkin’ x Puma collab will be released at Puma.com and at select Puma retailers for $80-$90 on Dunkin’s “Iced Coffee Day,” which is a brand-created holiday observed annually on May 25 and aims to raise money local hospitals across the country. Additionally, the brands will also donate pairs of the Dunkin’ x Puma sneaker collab to hospital partners across the country.