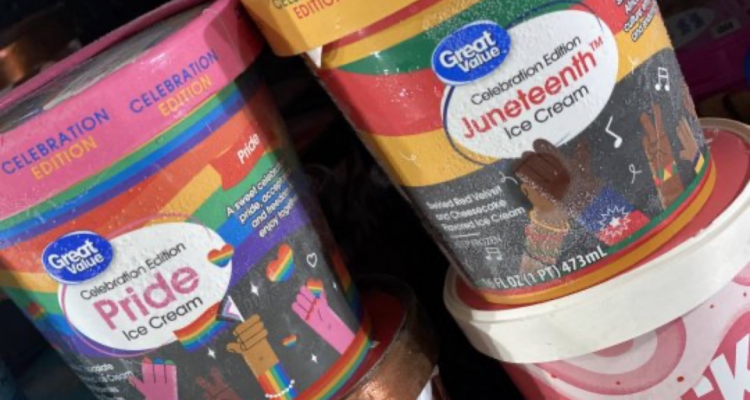 Walmart is removing an ice cream commemorating Juneteenth from its shelves after Black Twitter was abuzz minutes after it was seen on shelves. Criticizing the company for appearing to capitalize on the holiday and the history of the holiday with negative comments of the product that featured a swirl of red velvet and cheesecake flavors and included the message ‘Share and celebrate African American culture, emancipation and enduring hope.’

“Juneteenth holiday marks a celebration of freedom and independence,” Walmart said in a statement to FOX television stations. “However, we received feedback that a few items caused concern for some of our customers and we sincerely apologize. We are reviewing our assortment and will remove items as appropriate.”  Black Twitter called the idea garbage and accused the retailer of appropriating and capitalizing off the culture with top names like comedian KevonStage weighing in.  For everyone who has been under the pandemic rock, Juneteenth is a federal holiday signed into law just last year. Celebrated on June 19th the holiday commemorates the emancipation of enslaved people in the United States.  The holiday was first celebrated in Texas, where on that date in 1865, in the aftermath of the Civil War, slaves were declared free under the terms of the 1862 Emancipation Proclamation. We hope Walmart will continue to review their assortment including the Trademarking of Juneteenth on the package and make the appropriate changes.