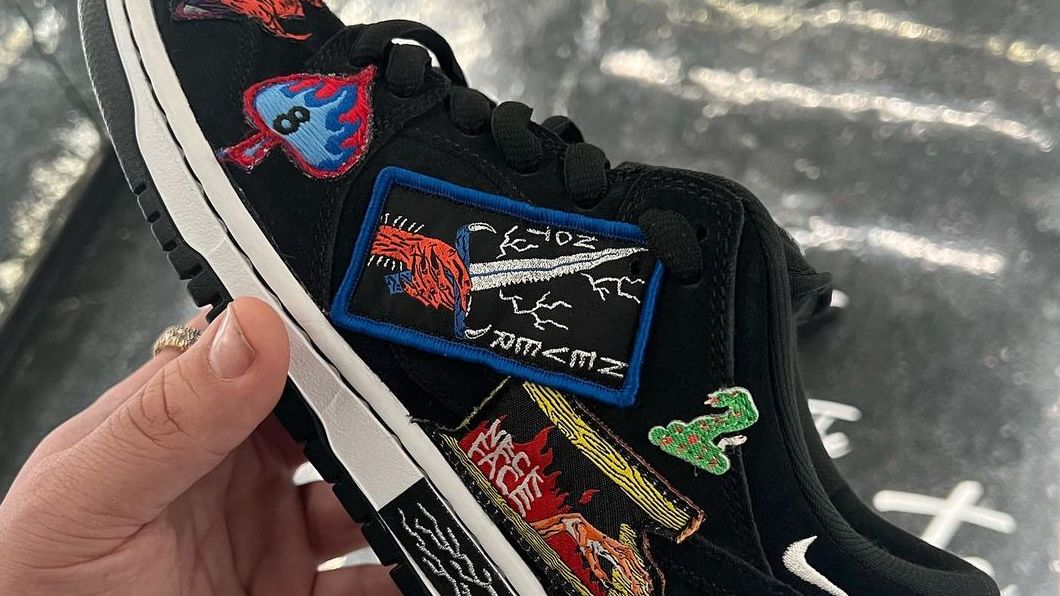 Images of the upcoming Neckface x Nike SB Dunk Low leaked this weekend courtesy of @masterchefian on Instagram, showing an unorthodox Dunk that obscures the traditional Swoosh setup for a series of patches on the upper. Astute listeners of the Complex Sneakers Podcast will remember that the first public mention of the shoe came via a recent episode, but this leak marks the first time the unreleased Dunk has been fully revealed.

A sneaker industry source tells Complex the Neckface x Nike SB Dunk Low is expected to release around Halloween, which makes sense given the spooky art used on the shoe and the overall demonic tone of the Neckface’s work.

Neckface has collaborated with Nike SB before, working on a Nike SB Blazer and a Nike SB Dunk High that released in 2013.