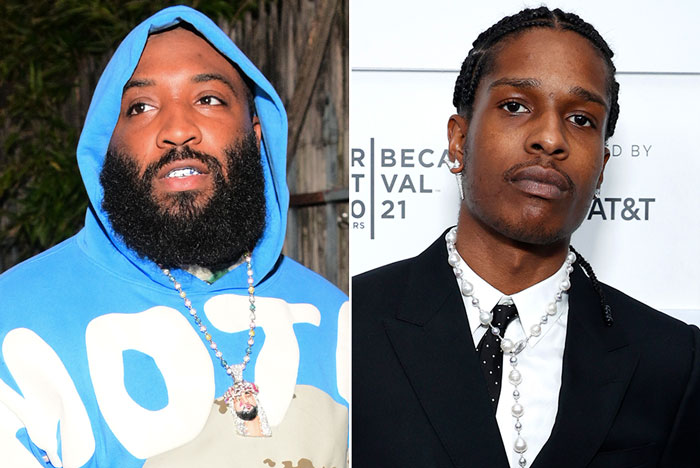 On Sunday, the new father shared a slideshow featuring three photos of himself with the caption “GRIM!”

A$AP Mob’s A$AP Bari commented under the post by appearing to take shots at Rocky. “You burnt out….” he wrote.

He continued to disparage his fellow Mob member in another Instagram post promoting Rocky’s upcoming album. “Shit trash,” he commented.

ASAP Bari trash talks ASAP Rocky.
Calls him burnt out and says his upcoming album is trash.
How y’all feel about this situation? pic.twitter.com/2ZZTkbvLMm

Rocky’s fans came to his defense by bringing up Bari’s controversial past, including his 2019 guilty plea to sexual assault. “@younglord I’m surprised you’re not burned out Bari. Assaulting women and paying Taiwanese manufacturers to print on Gildan blanks is hard work,” one person wrote, according to XXL.

Rocky, who welcomed his first child with Rihanna last month, has not responded to Bari’s disses. He is readying his new album, which recently spawned the single “D.M.B. (Dats Mah Bitch).”