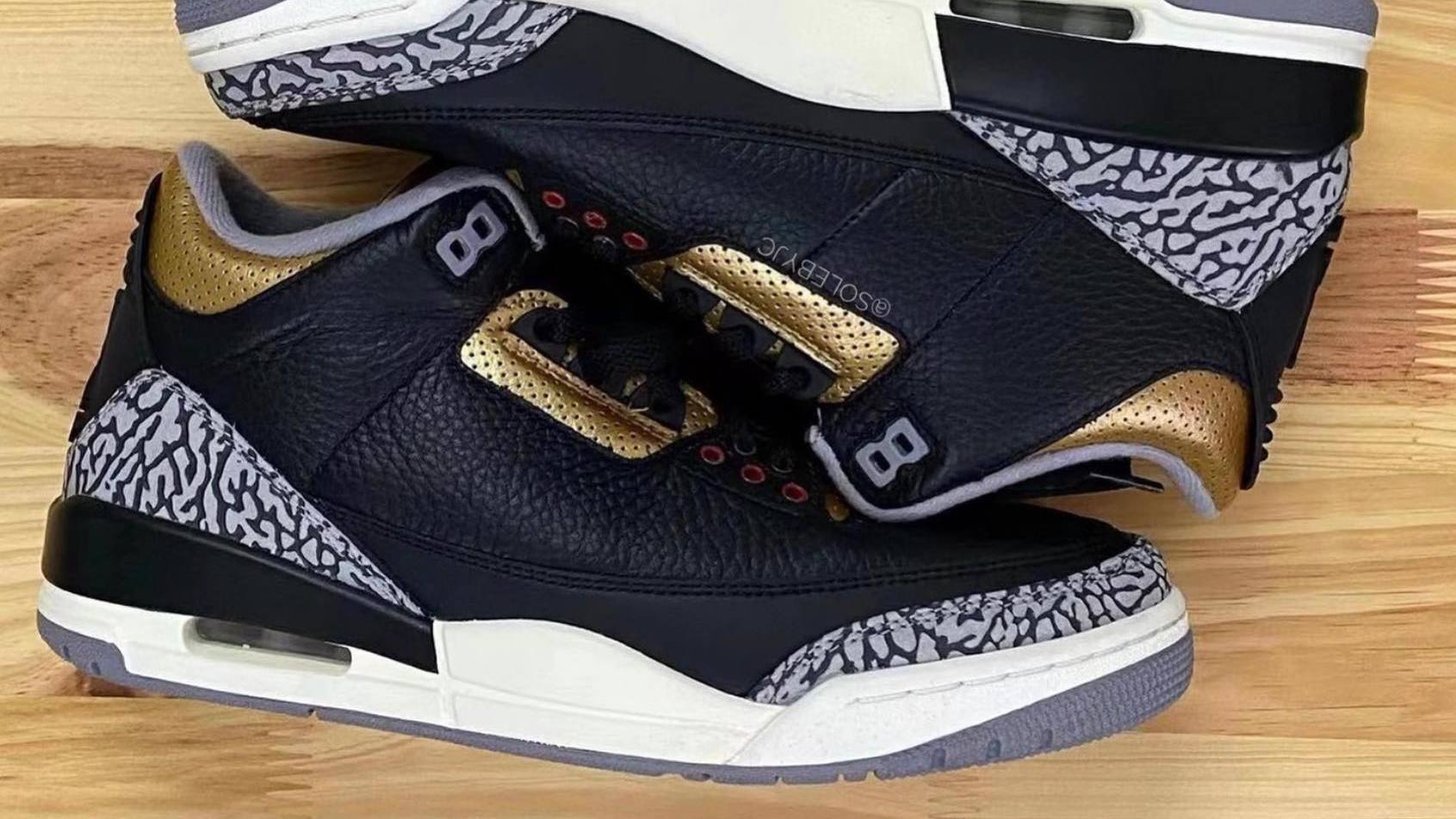 It has been four years since the “Black Cement” Air Jordan 3 was last released, but this upcoming makeup may satisfy those who are fans of the classic sneaker.

Newly leaked imagery from @Solebyjc on Instagram shows a first look at a new “Black/Gold” Air Jordan 3 colorway that’s releasing in women’s sizing in the fall. The pair is essentially the OG-styled “Black Cement” Air Jordan 3 but introduces gold accents on the eyestay and ankle collar, giving the style an even bolder look than before. The rest of the upper is dressed mostly in black leather while the traditional elephant overlays appear on the heel counter and forefoot. Completing the look is a white and black midsole along with a grey outsole.

Per @zSneakerheadz on Instagram, this women’s exclusive “Black/Gold” Air Jordan 3 colorway will be released on Oct. 6. Check back soon to Sole Collector for official updates in the months ahead.