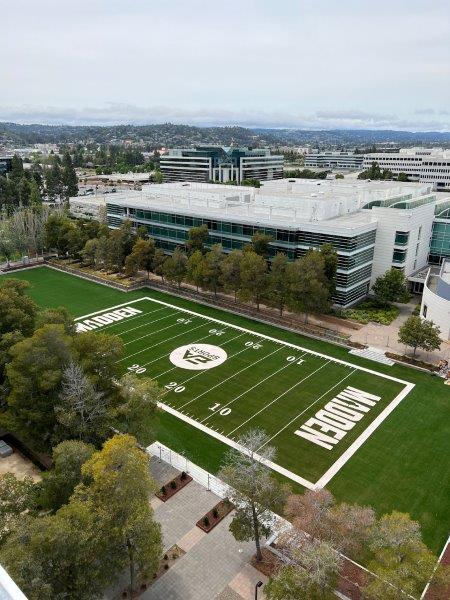 The first day of June is #MaddenDay, a special day that remembers the introduction of John Madden Football on that date in 1988. There’s no better way to honor Coach Madden and his famous career in sports and entertainment than to commemorate the day he permanently revolutionized the gaming industry. Electronic Arts is honoring Coach Madden in various ways, including a new cover, an update on the $5 million John Madden Legacy Commitment to Education, and the dedication of a refurbished field.

Coach Madden has been synonymous with the sport of football for more than 50 years, and he returns to the cover of Madden NFL 23 for the first time in more than two decades to celebrate his legacy for the next generation.

“As someone who grew up loving football, playing in the suburbs of West Philly, it’s a full-circle moment to now be able to contribute to the culture of the sport by honoring an icon like John Madden, who has influenced generations of football fans through his passion for football and unmistakable energy, through my art,” said Chuck Styles.

His tenure as a famed NFL broadcaster known for bringing the “BOOM” and his career as one of the most beloved and respected coaches in history are commemorated in additional essential imagery. Visit EA.com to see all of the covers.

The Madden NFL development team has always been grounded by Coach Madden’s football principles and expectations on the field, as they represent what fans desire from the best 11v11 simulation football experience. The first interactive experience in Madden NFL 23 will feature two versions of Coach Madden leading opposite teams of “All Madden” athletes facing off in the 1970s Oakland Coliseum when it hits later this summer. In addition, in remixed audio samples from his iconic days as a commentator, Coach Madden’s memorable voice returns during the game.

In the coming weeks, EA SPORTS will disclose other ways Coach Madden will be remembered in Madden NFL 23.

In honor of #MaddenDay, Electronic Arts provided an update on the $5 million John Madden Legacy Commitment to Education, which was announced earlier this year.

The remaining $2.5 million from the John Madden Legacy Commitment to Education will establish the EA Madden Scholarship in collaboration with the UNCF (United Negro College Fund), which will help students at 12 historically black colleges and universities graduate prepared for the next step in their careers.

“Coach Madden was a lifelong believer in the importance of education, and we’re privileged to support these amazing organizations that are creating opportunities for the next generation to pursue their dreams in his honor”, said Cam Weber, EA SPORTS EVP and GM.