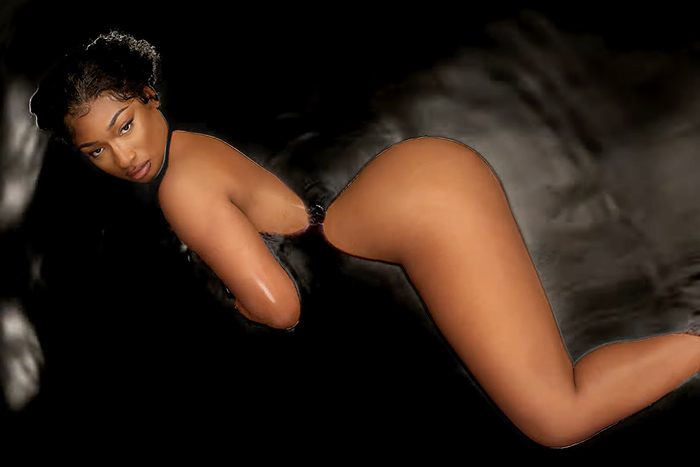 It’s about to be another hot girl summer.

Megan Thee Stallion reps for the ladies in the video for her anthem “Plan B.” In the seductive and stylish visual, directed by Mugler creative director Casey Cadwallader and John Miserendino, the Hot Girl shows off her body-ody-ody in black Mugler shapewear before submerging herself in a black pool of water. She strips down while unleashing lethal bars on an ex.

“I’m the only reason that your goofy ass got bitches,” raps Mugler Meg. “Damn, I can’t believe I used to let you f**k me / I’d rather be in jail before a broke ni**a cuff me.”

“Plan B,” which Megan debuted at Coachella in April, follows her Dua Lipa-assisted hit “Sweetest Pie,” which peaked at No. 15 on the Billboard Hot 100.

The Houston rapper is almost done recording her new album, the follow-up to her 2020 debut Good News. “I’m actually, probably like 95 percent done with my new album,” she recently revealed.